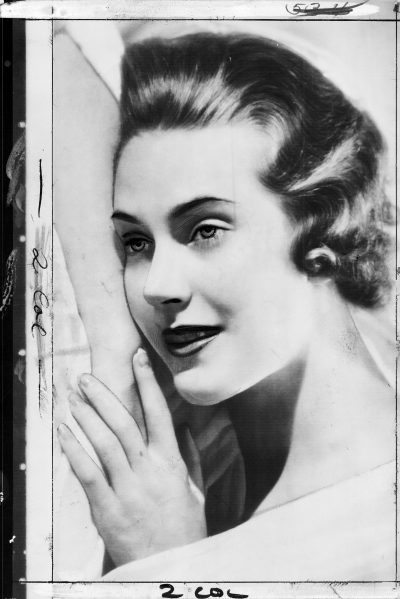 BiennalePart of the Biennale für aktuelle Fotografie – The Lives and Lovers of Images, 2020, curated by David Campany

It often seems as if one of the primary tasks of the twenty-first century thus far has been to make sense of the twentieth: to pick over its bones; to go slowly through and over what happened so fast; to discover small indications of what we have become, amid the remnants of banality and carnage, and affection. We sift that “pile of fragments of private images, against the creased background of massacres and coronations,” that the writer Italo Calvino concluded was “true, total photography.”

Old news photographs, rescued and re-presented in a gallery setting. One form of public address displayed in the context of another. Journalism in the space of art. The past in the space of the present. Or so it seems.

In recent years many artists, curators and media historians have been reconsidering historical news pictures. These photographic images – most often black and white prints, 8×10 inches in size – are relics from the last century. They are also traces of near-obsolete procedures of taking, making, distributing and viewing photography as ‘news’. A photographer – freelance or employed by a newspaper – would go out and shoot something newsworthy. Their exposed film would be processed by technicians. Frames would be selected by a picture editor, and printed in the darkroom.  An art director would indicate, with ruled lines in red or white, which part of the image was to be used. Working with paint and brush, a skilled re-toucher would enhance the image so that it looked good in the crude dot-matrix halftone of newsprint. Caption information would be added to the back of the print, along with the date, sometimes the photographer’s name, and a photo agency rubber stamp. Very often, all this would happen within a few hours. News decisions are made fast. After it had appeared in print, the image would then enter the archive of the newspaper or photo agency, for reference, and perhaps for further use. Unlike contemporary digital press photography, which is really immaterial data, these images were, are, objects – tactile things bearing the varied marks of the human labor and institutional imperatives that produced them.

Over the last decade, hundreds of thousands of these news images, and many of the original negatives, have been dumped for sale online, very often on eBay, to be bought by whoever wants them. As newspapers struggle to survive or find ways to pay off their debts, the old photographs in their archives are the first casualties. The few famous or iconic images may sell for substantial amounts, and a handful of news photo archives have been bought by historically minded institutions, for preservation and study. These are the exceptions. Most sell for just a few dollars, to whoever might want them, and for whatever reasons they might want them. Whatever their fate, this photographic material is finding itself in new contexts, to be re-thought by artists, acquired by collectors, examined by historians, and exhibited by curators.

For the last hundred years or so, the gallery space has had a double-relation to photography. One the one hand it has been the context for presenting pictorial art – whether the images are observational or constructed. At the same time, the gallery has been a kind of an operating table, a space to which to bring non-art images from across visual culture past and present, to rethink, revisit, re-deploy, and re-imagine them.  In the 1920s and 30s the surrealists enjoyed the disarming effects of re-contextualizing documents, including news images. Pop Art and Situationism of the 1950s, 60s and 70s subverted the institutional power of news images. The Postmodern ‘appropriation’ art that emerged at the end of the 1970s often looked at the suppressed meanings hiding in plain sight within news images.

The current interest shown by artists in old news images is something different. Many work in a productively hybrid, discursive way, somewhere between media archeology, history and image making.  The images are certainly being reworked but they are also being presented, so we can see them, or see them again, in their strange integrity. What results is a sort of multi-temporality, in which the image is seen for what it was, for what it now is for the artist and viewer, and more speculatively for what it could become in some unspecified future.

These images may have found their way into the practices of contemporary artists, but the implication is that this may not be their final resting place. Perhaps images never have a final resting place. If they are not destroyed, they always retain the possibility of resurrection, the possibility of a life, even many lives, to come.  This mobility, this unpredictable promiscuity, was always a characteristic condition of photography, but in news photographs it is especially clear.

Perhaps it is counter-intuitive to think of a news photograph as being promiscuous. After all, we tend to presume it is a kind of image with a specific function, a specific a definable role in the world: to report, to help communicate factual information. While photographs do capture and preserve moments in time, they are also time-travelers, with meanings that morph and mutate as they make their passage through history. This seems to be the unifying concern amid the various artistic practices brought together in the exhibition Yesterday’s News, Today.