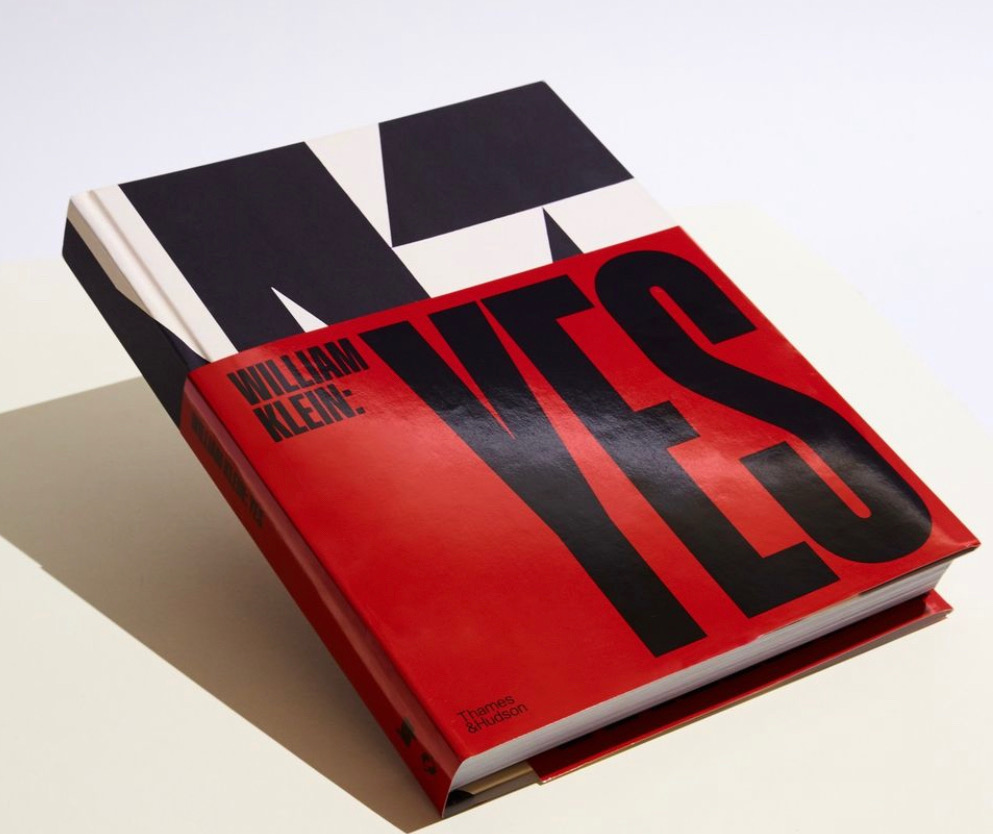 Written by David Campany and published on the occasion of the Willian Klein retrospective he curated for the International Center of Photography, New York,  this is a landmark retrospective encompassing Klein’s lifetime of creativity across photography, filmmaking, painting, book design, graphic design and beyond.

Photographer. Filmmaker. Artist. Designer. To master one of those disciplines would be a lifetime achievement for any creative individual, yet William Klein’s career has been celebrated in each of them over the last eight decades. Klein is one of the great image makers of the 20th century and one whose work is an enduring creative influence on the work of contemporary artists, photographers and filmmakers.

With over 250 images, this career retrospective explores William Klein’s creative and artistic arc from the 1940s to today. Directed by Klein himself, from the selection of content to book design, this large-format publication looks back at his uncompromisingly creative lifetime, showcasing Klein’s prolific and relentlessly innovative contribution to the world of photography, art, design and filmmaking. Published in association with a major retrospective at the International Center of Photography, this book is a comprehensive take on his career. While best known as a photographer who broke all the rules and conventions, William Klein: Yes focuses on the full range of Klein’s work, from his abstract paintings through to his startling, authentic street photography and photobooks and his dynamic, satirical take on filmmaking. With a flowing, chronological text by David Campany, this book will be both an introduction to William Klein for a new generation and a source of fresh insights for those who already know who William Klein is: a true original

In this extract from ‘William Klein: Yes’, David Campany explores the kaleidoscopic creativity of the late William Klein, one of the great image makers of the 20th century.

Street photographer. Documentary filmmaker. Painter. Fiction filmmaker. Abstract photographer. Writer. Fashion photographer. Illustrator. Maker of books. Designer of exhibitions. To have made original and influential work in just one of these fields would have been enough to secure William Klein a place in any canon of the visual arts. To have succeeded in them all, on his own terms, and to have sustained a creative output for over six decades, is remarkable.

For a long time, Klein was known as either a fashion photographer or a street photographer or a filmmaker. That is to say, different audiences knew and valued different aspects of his work. Only in recent years has the scope of his achievements begun to be recognized. Versatility runs against the idea that artistic significance is based on single themes and recurring preoccupations. Today, however, it is accepted that the artists who ranged freely and avoided specialism are key to understanding the culture of the last century.

What follows is a chronology of Klein’s often breathless development, allowing the connections between his different practices to become apparent. Almost from the start, he was proceeding on several fronts at once. When he was shooting his now celebrated street photography in New York in 1954–55, he was also breaking new ground in fashion photography at Vogue magazine, while exploring abstraction in the darkroom and on canvas. Switching between media, between cultural frameworks, between studio and street, the similarities were as stark as the differences. The switches became even more important when Klein turned to filmmaking. The visual energy of his documentary and fiction films evolved directly out of still photography. A chronological approach also reveals complex relations between Klein’s aesthetics and his politics. For example, his early experiences of the racial tensions of New York informed his understanding of anti-colonial struggles in West Africa in the early 1960s, which in turn shaped the direction he took in relation to US involvement in Vietnam, and global struggles for independence and equality.

As an American living in Paris, Klein somehow created a highly productive kind of exile for himself, pitched between two cultures, but adhering to neither. The urge to see and engage with societies around the world has also kept him rootless. More to the point, Klein has worked at the heart of the commercial image machine while remaining one of its most incisive critics. He has made some of the most iconic fashion images and advertisements, but also some of the most critical films about those worlds. An insider, and an outsider.