Where the Other Rests / Il y a de l’autre 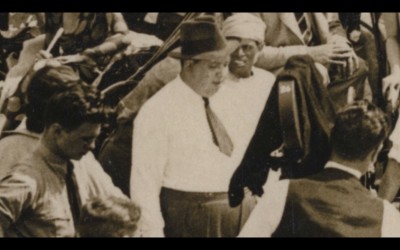 Where the Other Rests / Il y a de l’autre, a thematic exhibition curated by Julie Jones and Agnès Geoffray for the Rencontres de la Photographie, Arles 2016,  includes an especially conceived video projection based on David Campany’s book Rich and Strange (Chopped Liver Press, 2014)

WHERE THE OTHER RESTS

Quoting, borrowing and re-using images have always been a gateway to art history, but the appearance of film and photography has particularly encouraged those practices. The itineraries of these new images continue to obsessively hold our contemporaries’ attention. This exhibition offers insight into visual reactivations in the specific field of contemporary art. It will pay tribute to a generation of artist-scavengers who collect and awaken forgotten images borrowed from others. How do images haunt our individual memories and feed our collective imagination? How does re-using them allow us to think about the fragmentation and violence of bodies and identities? How can their multiplicity, profusion and abundance be played with? Since its inception, the Where the Other Rests project has been conceived and developed around dialogue and around encounters between an art historian and an artist as well as between the works in the exhibition space, for there is an other in every one of us.

from a review by Simon Bowcock for Frieze:

“Buried in the group show ‘Where the Other Rests’ is writer/artist/curator David Campany’s Rich and Strange, which invites the viewer to look long and hard at just one well-chosen photograph. Surveillance of a different kind, it consists of two things: a single found black-and-white print of actors and a film crew photographed in London in the early 1930s, and a video projection of the print being examined in great detail. Like the lens of spy drone, the projection moves from one section of the image to another, isolating and magnifying individual people and things for us to study. Rich and Strange can also be read as concise shorthand for how the photography festival is changing: the silver gelatin print is of the type that dominated when the Rencontres was established, but the giant projection, presented as part of a slick four-wall installation, is very ‘now'[…] amid the gigantic photo-feast of the Rencontres, served with a large side-order of multimedia, the simplicity and economy of Rich and Strange is a shock that, by way of contrast, exposes one or two of this year’s more opulent exhibitions as overindulgent and, frankly, overblown.”