Victor Burgin: A Sense of Place 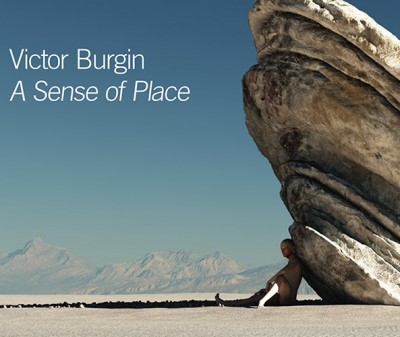 Victor Burgin: A Sense of Place

A Sense of Place is a major exhibition of the work of Victor Burgin. Five recent digital projection pieces are complemented by earlier photo-text works exploring relations between place, memory and image.

Victor Burgin first came to prominence in the late 1960s as an originator of Conceptual Art, when his work appeared in such key exhibitions as When Attitudes Become Form (1969) and Information (1970). He has since remained one of the most consistently influential artists and art theorists of his generation.

Burgin’s work is concerned with the ways real objects in actual space are mediated through memory and fantasy – the way ‘space’ becomes place. To this end he explores relationships between words and images – which he sees not as separate entities but rather as a hybrid form producing a ‘virtual’, psychological, image.

Burgin’s earlier work offered solutions to formal problems in the Minimalism he inherited from such teachers as Robert Morris and Donald Judd while a student at Yale School of Art and Architecture. The works in the exhibition at Ambika P3 were made after his rejection of the hermeticism of this legacy, and his expansion of its phenomenological concerns to include such issues as class, gender and sexuality.

The built environment – as a theatre of wishes and fears about past, present and future – is at the forefront of Burgin’s works, which move through promenades and panoramas. The image-text pieces progress along the gallery wall, or wrap around an entire space, or (in later projection pieces) exploit tracking and pan movements familiar from film. These later works answer our frenetic media environment with a contemplative conception of the hybrid virtual image  – moving in permanently closed loops, but generating perpetually open spirals of time and memory.

Victor Burgin’s new work for the Ambica P3 exhibition, Mirror Lake, is a response to the Seth Peterson Cottage, designed by Frank Lloyd Wright and built in 1958 in what is now Mirror Lake State Park, Wisconsin. This work shows concurrently with his other new work, Parzival, commissioned by the Geneva Wagner Festival and installed at the Musée d’Art Modern et Contemporain, Geneva.