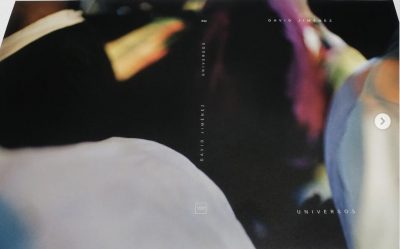 Surely one of the reasons for this has to do with appearance. I mean appearance in three senses: how the world looks and means; how the world looks and means as image; and how photographic images are apparitions with an unfathomable mix of intention, automation, and chance. A second reason has to do with photography’s relation to time. The question of photographic time has always been at the center of ambitious theories of photography, of various attempts to define its essence as a medium. But it has eluded genuine theorization, just as it eludes the notion of what a medium is. Photography requires something beyond itself: the light that is reflected by the world. It gathers this light, and creates illusions. So the time and appearance of the photographic image are inseparable from the time and appearance of the world, yet they are clearly not the same.

By remaining an open question, photography remains fascinating, frustrating, and full of artistic potential. Indeed, whatever else they do, works of photographic art are proposals of what photography is or can be, what appearance can be, and what time can be. I suspect David Jiménez thinks along these lines.

Jiménez is one kind of embodiment of the artist as photographer-philosopher-poet. His remarkable books and exhibitions are intense, highly structured, but open-ended meditations. To engage with his work is to enter an arena of carefully calibrated impressions and suggestions. His vision and disposition are highly attuned, and there is clearly a mastery of technique here. But there is also a deep humility regarding what is not understood about the photographic image and its relation to the world. Jiménez is an artist of poise and confidence, in speculative pursuit of doubt and possibility.

Images, as the philosopher Maurice Blanchot once noted, are essentially ambiguous. They figure what they cannot explain or account for. In general, however, the mass visual culture produced by photography has tried to minimize ambiguity, to tame it through repetition and explanatory captions. Photography has been domesticated and institutionalized in ways that give it useful functions. News. Advertising. Science. Surveillance. In other words, it has been made conventional. The fixing of the world’s meaning in imagery may feel oppressive or comforting, but it is never truly permanent. Nothing can eliminate the essential ambiguity. It is always there, threatening to emerge and disturb. Meaning is not made forever, and all photographs, however straightforward they may seem, contain the seeds of their own undoing.

The natural state of any photographic image is open and incomplete. David Jiménez has offered countless compelling examples, and it is clear that each one is its own distinct and enigmatic entity. But his art has no less to do with assemblage, with putting the images together. Diptychs and sequences are arranged across printed pages, or around walls. The results are rich and varied, but they are always multiplications of uncertainty. To place one image next to another can only ever be an act of suggestion, or perhaps of provocation. There can be no wrongs or rights. No agreed-upon meaning.

Presented with two images, a viewer derives impressions and thoughts from the encounter with each, and from between them. This “between” is spatial and temporal, intuitive and intellectual, unconscious and conscious. Images placed side-by-side often imply narrative, or a consecutive movement through place and time, governed by causality, but this does not appear to be of great interest to Jiménez. What he explores and offers us seems to have more to do with the suspension of place, time and causality. It gives his work the feeling of vivid apparition, like a lucid dream, with an internal logic at the limit of understanding. Whatever is happening in his images, and happening between them, is happening simultaneously and in some undefined parallel existence. Everything is up in the air, and occurring in a permanent meanwhile.

Very little in Jiménez’s images relates directly to the here and now of life in the twenty-first century. He builds his artistic universe from motifs that, while not exactly eternal and universal, feel neither new nor old. Stone. Birds. Dogs. Hands. Ears. Mouths. Skin. Shadows. Stars. Clouds. Fire. Lightning. Water. Reflections. Mountains. Chairs. Classical statues. All these things exist, certainly, but they do not epitomize the contemporary. Jiménez’s early book Infinito(created 1998, published 2000, republished 2018) does offer glimpses of daily life. There are buses, trains, cars, posters, modern buildings, corridors, light switches. The longer one spends, however, in the labyrinthine structure of this book, and the more time passes since its images were made, the less the specific details seem to matter. What emerges are deeper truths, or deeper doubts, about consciousness and perception, about time, duration and memory.

Most photographs that last do so on the basis of their contingency, returning us to the time and place of their making. That person, in front of that house, on that street, at that moment. Very occasionally, photographs last for quite the opposite reasons, by keeping their quotidian details at a distance. Pulling away, the image or group of images is able to allude in some existential sense to other rhythms and wavelengths of human experience. I am guessing that this is the realm that interests David Jiménez. It is not a fashionable realm for photographic art today, which is concerned almost exclusively with the here and now, justifying itself on the basis of urgency or topicality. This kind of work may not even be concerned with lasting, with the hope of an audience to come in some unspecified future. Indeed, posterity in art seems like a pompous desire, and I even doubt whether Jiménez himself thinks much about it.

But there is another way to think about art that lasts, one that may well have crossed Jiménez’s mind. If an artwork is meaningful to a future audience, it is possible it could have had meaning to an audience from the past. Indeed, one can find in Jiménez’s imagery affinities with different photographic sensibilities from all across the last century and from every continent. We need not name names here. You can discover them for yourself. Suffice it to say that his images and books would have been as well received in 1930 as they are likely to be in 2030, and in Tokyo or Dakar as much as in Madrid.

Perhaps Jiménez’s work is an imagining of some unspecified past or future. Indeed, it has much in common with that other great work of photographic time travel, Chris Marker’s short film La Jetée (1962). Set some time after the global devastation of World War III, it is the story of a man sent into the past, and then into the future. The narrative spirals and gets richer with repeated viewings. Jiménez constructs his publications and exhibitions in a comparable manner. While his books have a first page and a last, and his shows have an entrance and an exit, it is the curiosity of the reader/viewer that makes the meaning and discovers its own routes. No doubt this will happen with the book you are holding right now. Jiménez gives his work structure, but it is less a program to follow than a high plateau to be explored.

True, there is only the present. Even to wish for an art that resonates with past and future must on some level be a response to the present. Perhaps it is a response to the predicament of photography, which so often seems to be limited in its temporal characteristics (although really it is perfectly unlimited). Perhaps it is a response to the paralyzing diminution of a collective imagination that can more easily sink into nostalgia or accept its own planetary demise than envisage the steps needed to avert it. No doubt the artist’s psycho-biographical wishes have played their part too. Jiménez surely has his own reasons for making the art he does, but these should interest us less than our own impulses when we encounter his work. After all, the meaning of images lies not in their origin or intention, but in their destination. In you and me.

The assemblage of images for books and for exhibitions is a process of revision. Individual pictures made for individual reasons become elements of a larger whole. Links are made, and connections suggested that arise only in the imaginative interplay of images. Very few photographs are made to be experienced on their own. Most are conceived either consciously as groups, or with an understanding that there will be a coming together at some future point. Jiménez does not make his images with any specific pairing or sequencing in mind. This comes later, in the subsequent process of exploring what the images can be for each other. Thus, on some profound level, the art of sequencing images is an engagement with their future. To re-view them for sequencing is to accept that their meaning is not immanent but relational, deferred from one to another and another, perhaps indefinitely.

For all the expansiveness and sense of possibility that Jiménez is able present to us, there is also something elemental, even minimalist about his work. The images result from a paring back to essentials, a stripping away of all excess and distraction. The photographer Harry Callahan once observed that “every artist continually wants to reach the edge of nothingness ―the point where you can’t go any further.” It is not nothingness itself that is compelling, but its edge, or the feeling of being at the edge. And for a photographer, what might that edge be? Callahan’s remark comes from a book of his photographs of shorelines, where the sea meets the land. His edge was a place but also a formal quality. Jiménez seems to be reaching for an edge of nothingness too. For him it has barely to do with place at all. One feels most of these images could have been made anywhere. The edge is a state of heightened perception, perhaps: one in which the pleasures and challenges of images can be felt in a purified and intense way. His photographs are like stones dropped into a pond. The stones quickly vanish and we are left to watch the concentric ripples extend outwards and overlap with each other in patterns too complex to explain. We are brought to an edge where uncertainty multiplies.