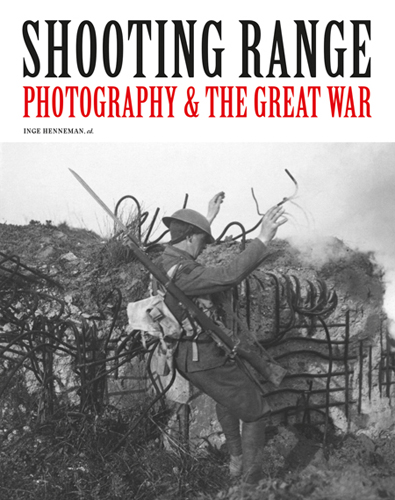 These are the books that remain in my mind and on my desk at the close of 2014. All explore the depiction of conflict.

The scholar and curator Inge Henneman led the team that researched and presented this extraordinary study of the various uses made of photography during the First World War. There is propaganda, soldiers’ ‘selfies’ and memento mori, morale-boosting exhibitions, postcards, images by military photographers, aerial reconnaissance photos and copious examples from the early days of reportage and photojournalism. This project was an enormous undertaking, but the scholarship and choices of material are first rate and full of surprises. I saw the multi-layered exhibition at FoMu in Antwerp. Now I’m reading the accompanying publication. This book will last.

For me, curator Simon Baker’s show at Tate Modern was brave and inevitably flawed (but all I ever want from a thematic exhibition is that moment when ‘success’ tips thrillingly into failure). The attempt to organize photos of the last century’s major conflicts by time – from seconds after events to a hundred years after – is clever and suggestive. However, ruins and traces tend to resemble each other. Such is the law of entropy. So I think the conceit works much better as a catalogue. Here the sedately formal elegance of the show is compressed into a thick wad of same-size images. It allows you to see the mad, compulsive circularity in the picturing of war’s aftermaths and memories. It is, as they used to say in the 1920s, a ‘visual argument’ and the accompanying essays are a great bonus.

My 1924 copy of Ernst Friedrich’s book is falling apart, having been looked at by dozens of students over the years. The author was a pacifist anarchist who managed to round up a wide range of images from the First World War that had been suppressed, censored or were never for public consumption. Photos of war crimes, medical images of appalling injuries, documents of civilian deaths and more. It was published with text in four languages and became an anti-war bestseller in the traumatized post-war years. It still resonates in today’s highly policed visual culture. Moreover, Friedrich’s understanding of context and how images can be appropriated and re-functioned strikes me as perfectly contemporary. This re-edition is most welcome.