That Obscure Object of Photography 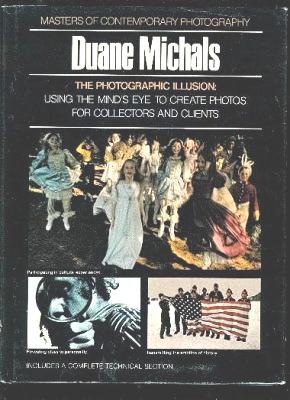 That Obscure Object of Photography

My title comes from Luis Bunuel’s That Obscure Object of Desire (1977), a film about a man chasing a woman who is played by two different actresses. The man doesn’t seem to notice the switch and the film itself makes little of the conceit. It is surprising how quickly the audience gets used to the situation without really accepting it. Bunuel was getting at the problem of how we are always imagining what it is we think want, from people or things. We are always a little blind at the very moment we think we know for sure.  To desire is always in some ways to project onto obscure objects.

Bunuel’s fable tells us something about what it is we think we want from photography, what we want it to be. Consider this apparent paradox. Almost every piece of writing about photography these days, be it highbrow theory, catalogue essay, exhibition blurb or review, tells us the medium is hybrid, fractured, inconsistent, and ‘ontologically uncertain’. This is the now-standard take on the ‘identity’ of photography, that it doesn’t really have one. At the same time the inexorable rise of photography in art has been built around individual practitioners each with a unique and consistent approach. How come these individuals are so consistent? Are they fighting their own little battles against photography’s lack of identity?  Or is it the institutions of art that tend rather anxiously to promote consistent artists while side-stepping those who are less consistent (and more versatile)? Is inconsistency the mark of a lack of seriousness?

Of course the question of the identity of photography is inseparable from the question of identity in general. Long ago Michel Foucault raised the matter of which works produced by a writer or artist should be considered ‘official’:

Even when an individual has been accepted as an author, we must still ask whether everything that he wrote, said, or left behind is part of his work. The problem is both theoretical and technical. When undertaking the publication of Nietzsche’s works for example, where should one stop? Surely everything must be published but what is ‘everything’? Everything that Nietzsche himself published, certainly. And what about the rough drafts for his works? Obviously. The plans for his aphorisms? Yes. The deleted passages and notes at the bottom of the page? Yes. What if, within a workbook filled with aphorisms, one finds a reference, the notation of a meeting or of an address or a laundry list: is it a work, or not? And so on ad infinitum. How can one define a work amid the millions of traces left by someone after his death? A theory of the work does not exist, and the empirical task of those who naively undertake the editing of works often suffers in the absence of such a theory.

Clearly any individual produces a lot of stuff in their lifetime. What interested Foucault was what he called ‘the author function’: the way ideas about authorship organize how we make sense of culture and how we produce it. For example we insist on novels being authored, with a name on the cover and all that this implies. In advertising the author doesn’t matter to the public, despite the advertising industry recognizing certain auteurs. In film and fashion it varies – the author may or may not matter to the public.  Wherever authorship does matter what is at stake is consistency and originality i.e. ‘signature style’. This is something we think we want from the makers of culture but it rarely occurs naturally. Some practitioners pursue it through trial and error. Others just get on with things and leave it to others to decide what stuff fits the signature and what doesn’t.

When a famous artist or photographer dies there is a rush to define publicly the essence of what they did or stood for. It seems rude not to. But after a period of grace the life and work are reconsidered, this time in the pursuit of anomalies, contradictions and unanswered questions. This can be cruel but generally it’s realistic (we are all made up of anomalies, contradictions and unanswered questions, photographers more than most). I recall the obituaries of Henri Cartier-Bresson who died in 2004. Most boiled down his achievement to ‘the decisive moment’ and the famous twenty or so images that best exemplified it.  The extraordinary diversity of his work and the sheer size of his oeuvre meant little. He himself had a hand in this of course, nudging his audience further away from the unruly breadth of his photojournalism and closer to the steady depth of his art. But it is becoming clear just how versatile and varied his practice was.  His ‘minor’ works are now looking just as interesting: the colour photographs of China in the late 1950s, the commissioned photos of IBM computer workers from the early 1970s, the photo-essays for magazines, not to mention his films or the countless images that were published only once in the various books he produced. Would our appreciation or the standing of Cartier-Bresson be diminished by casting the net a bit wider? I don’t think so. Perhaps one day we might see a show or book that does just that.

Very few books about photographers attempt this kind of breadth (even Cartier-Bresson’s recently published Scrapbook entrenches more than it broadens our understanding of his photography). For all the excitement about a renaissance in photobook publishing, the output it is dominated by hysterically consistent books of the ‘see the first five pages and you’ve seen the whole book’ kind. Repetition is the simplest path to looking like you know what you’re doing. Educators along with editors, curators, gallerists and publishers generally prefer a known quantity, but it’s not exactly enriching visual culture. (Photography tutors – why not stop telling your students that doing ten of the same thing is good enough? It probably suits your assessment criteria more than it suits them. Let them make a mess of things).

But there have been a few wildly erratic photobooks that do justice to the idea of photography as an interesting mess. In the mid 1970s Thames & Hudson published some slim books under the series title Masters of Contemporary Photography. The books were either themed or featured the work of just one photographer. I still find them refreshing because there are so few books in which photographers are presented as working people finding ways to balance the demands of earning a living with whatever social and artistic ambitions they may have. One book focuses on the work of the North American photographer Duane Michals. It is called The Photographic Illusion: Using the Mind’s Eye to Create Photos for Collectors and Clients, an intriguing if clichéd title. Even if you’re not much of a Michals fan (I’m not that much of one) it’s stills worth a look. Alongside his well-known staged sequences we see his commissioned work including documentary, fashion, editorial portraits, advertising and even some film stills shot on the set of The Great Gatsby. On the page we see not just the photos but the subsequent layouts showing what editors, designers and journalists did with them. We see contact sheets. There are diagrams revealing how Michals achieved his complex optical tricks. The introductory text (by Ronald H. Bailey) includes some of Michals’ pretty clunky early work (who would dare publish their failures in these neurotic times?). We also get to see images that were sources of inspiration for Michals, and there is a photo of him as a young man posing with mates in the army. There is a reproduction of a newspaper clipping of Michals as a boy posing as a school art competition winner (who these days would admit that, let alone publish it?) At the back there are technical passages with even more diagrams explaining his use of depth of field, multiple exposure, camera formats and printing techniques. These are some of the clearest technical writings I’ve ever come across. More radically the book’s contents just don’t add up stylistically. Yes, there are plenty of Michals’ deft photo-fictions that demonstrate his particular blend of magic and realism. But there are plenty of other pictures that look like they could have been taken by any reasonably competent hack with a penchant for natural light and wistful composition.

The book doesn’t throw all these things at the reader in an attempt to be groundbreaking. All these elements are here because they are parts of Michals’ practice and the book grants the reader the intelligence to move between them. Indeed, despite all its jumping about the book is thoroughly common-sensical, engaging and clear. It becomes evident that Michals is both a versatile image-maker for hire and an artist pursuing a particular sensibility. It’s worth noting here that this split still dominates photographic education. Students are either encouraged to ‘develop their own style’ or they are led down the pragmatic route to photography as a ‘transferable skill’ in the marketplace.

Anyone wanting to take photography seriously is obliged to consult many different types of books: histories, theories, monographs, technical manuals, books about commercial practice, books about art photography, and so on.  But an unspoken discursive hygiene tends to keep these types of writing separate. Rarely do all appear in one book as they do in this one. I’ll confess here. I was asked by some photography graduates which single book I’d recommend if I could only recommend one.  I racked my memory and perused my shelves. Barthes? Langford? Jeffrey? Burgin? Szarkowski? Frampton? Newhall? Wells?  Eventually I plumped for this Duane Michals book. The selection surprised me as much as them. Alas it is long out of print and I doubt it will qualify for the rather connoisseurial criteria that dominate the reissues market. But you’ll find it for next to nothing on the internet. It’s a book full of insight, instruction, wisdom and pragmatism. Nothing is mystified except for the object of photography itself, which of course remains delightfully obscure.