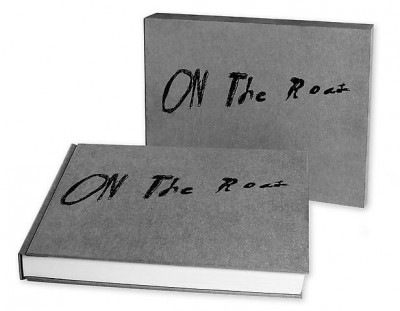 Is it dangerous for an artist to focus directly upon the central idea, the core motivation of their art? Is it better to remain indirect? Alfred Hitchcock, whose every filmed scene was imbued with the kind of psychological charge Sigmund Freud would have recognised, faltered when he actually made psychoanalysis the subject of a movie (Spellbound, 1945). Once he had formulated the ‘decisive moment’ into words, the photographer Henri Cartier-Bresson seemed to go off the boil.

The Californian artist Ed Ruscha has made paintings, photographs, books and films around the culture of the American highway for half a century. It has been an exploration of a narrow but rich vein of post-war iconography. He has helped raise prosaic man-made forms to the status of popular icons: gas stations, swimming pools, palm trees, parking lots, malls and motels. He has reflected upon the cheapening of the transcendent and numinous with his gaudy Technicolor paintings of big skies, mountains, deserts and horizons.  The critic Rosalind Krauss once noted that Ruscha’s support, his vital apparatus if you like, was neither the canvas nor the camera but the automobile. Without it he’s nothing. He drives along photographing every building on LA’s sunset strip. He shoots the places cars stop to refuel. He cruises down a desert road at high speed, hurls a typewriter from the window and proceeds to document the wreckage. He paints panoramic vistas that suggest the windscreen as much as cinema’s wide screen. And yet the image of the car itself has remained peripheral to his art, never appearing directly. Be it unconscious or deliberate, I have long suspected this absence it is what gives his work its ineffable charm and mystery.

Only now, at the age of 71 and with the greater part of his career behind him, has he come face to face with the car, in an illustrated version of Jack Kerouac’s On the Road, the novel first published in 1957 when Ruscha’s career was just beginning. Within five years of that date he was producing the photobooks that are now widely celebrated for their blatant flirtation with generic anonymity at all levels: the choice of banal subject matter; the dumb, matter of fact photography; the careful but perfunctory-looking design and industry-standard printing. They were a point-blank refutation of every possible quality of the precious ‘livre d’artiste’.  But this new book is a limited edition and very expensive artefact that is anything but anonymous or standard.

Steidl has co-published it with the Gagosian Gallery, which is displaying selected spreads on the walls of one of its London outlets. Books usually promote shows but this is a show promoting a book. Ruscha is a brand now, a very famous and influential artist with a ‘signature style’ as strong as any in contemporary art. These days he couldn’t make an anonymous book even if he wanted to. The ones that secured his fame could only have been made when he was little known and he cannot resume that way of working now. Celebrity can be a severe disadvantage for any artist exploring the vernacular aesthetics of disappearance. Most working this way made their best art before opportunity knocked (from Walker Evans to Richard Prince). But I doubt Ruscha is complaining and inevitably his publications are now ‘events’.  There is even a 36-page prospectus for this one, which is quite an event in itself with its fancy paper and production stills of the artist and his assistants working on the layout in his studio. It announces: “Designed by Ed Ruscha; 228 pages, 17.5 x 12.8 inches; Text printed in letterpress on 220g Hahnemühle paper; blind embossing for photo-plates: photos on Fuji Crystal Archive Paper tipped in by hand; Leather-bound hardcover delivered in a leather covered slipcase; Limited edition of 350 copies, 35 artist’s proofs, 5 printer’s proofs; signed and numbered by Ed Ruscha.” Very comprehensive, until you notice Ruscha is billed as the ‘designer’ with no mention of the photography.  Why is this? You have to turn to the back of the book to find that most of the pictures are by Ruscha in collaboration with one Gary Regester (commercial portraitist, art documenter and inventor of the WAFER soft box, used by photographers seeking subtler light diffusion). Another photo is from Getty Images and another from the UCLA archive (a shot of the jazz musician Slim Gaillard). This isn’t a criticism. After all, when he made his first book Twenty-six Gasoline Stations (1962) Ruscha declared the images “an extension of the readymade in photographic form”. He took the photographs himself, but if they were akin to the idea of the Duchamp’s readymade it was on the basis that it was the style, or stylenessness, of the photography that was appropriated, not the actual images. In other words, insofar as there was nothing special about the photographs they may as well have been appropriated. This is true of the images in On the Road too – black and white details of highways, cars and car parts – but not of the elaborate and expensive production of the book itself.

Ruscha is a specialist of the literal: the artist as supreme deadpan comic, as he was once described by a contemporary. The power of his canvases and photobooks derives from the fact they illustrate nothing. The imagery simply is what it is, in all its mute, brute factuality.  A gasoline station. A pool. A palm tree. A motel. A sunset. He doesn’t do metaphor, or allegory, or counterpoint, or juxtaposition, or elision. Only bald fact. But this very quality is, fatally I think, the Achilles heel of this version of On the Road. Ruscha illustrates so literally here. In the prospectus we see sections of Kerouac’s text annotated by Ruscha, including this passage: “With the bus leaving at ten I had four hours to dig Hollywood alone. First I bought a loaf of bread and salami and made myself ten sandwiches to cross the country on.” Ruscha has scrawled “GOOD IMAGE”, and we might well concur. We might also appreciate the photo he has produced as a response, of a stack of sliced bread on typically 1950s waxed paper. But combine text and image and the result is stodgy repetition, far less than the sum of the parts. All the illustrations are this literal. When beer is repeatedly mentioned we get shots of a glass of lager in various degrees of emptiness. When there’s a stop for gas, we get a gas station. Kerouac’s writing is so vivid and literal that illustration is redundant. It makes the experience of reading this version quite tedious.

On the Road is also a questionable departure from Ruscha’s commitment to the here and now of contemporary experience. This is a period piece in which nothing of the last half-century has been allowed to intrude. Even the cutout photos of used car parts derive from 1950s vehicles.  This is clearly a labour of love and – since even the nimblest of zeitgeist surfers gets old – an indulgence we should perhaps forgive. But while Kerouac’s prose still dances, twists, flips, riffs, sulks and whoops, Ruscha revisits that road like a nerdy vintage automobile enthusiast.  As an admirer of his singular art I cannot tell you how disappointing this is. For me the project is a folly, but a cautionary tale too. Because maybe it’s true… maybe artists ought not to deal head-on with the very thing that is most precious to them.

Of course, one wonders if anyone involved in bringing this book to fruition actually expects anyone to sit down and read it. I suspect it is supposed to be flicked through with white gloves, as I was encouraged to do with the copy on display in the gallery. Or merely admired for the towering publishing feat it is (master publisher Gerhard Steidl is the one who comes out best here). Or maybe the book is little more than a commodity, an investment to be sold on – preferably unread – when its market value soars as it no doubt will. The price is £6250 (actually a snip once you know that pristine copies of his earlier mass-produced books can sell for that now). Given the guaranteed audience for Kerouac and Ruscha I wouldn’t be surprised if Steidl issues an affordable version before long. But I would still prefer to enjoy these kings of the road in their own lanes.  And that’s my central reservation.