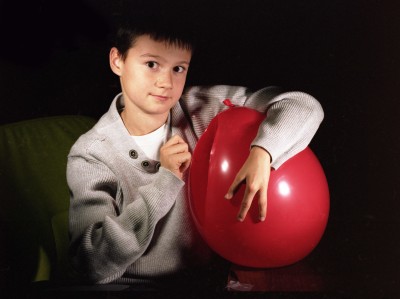 I  worked with Mark Neville to curate his exhibition Deeds Not Words at The Photographers’ Gallery, London, August 2nd – September 29th, 2013.

Mark Neville works at the intersection of art and documentary. His films and photographs are disseminated in unique ways.  Often working with closely knit working communities, in a collaborative process intended to be of direct, practical benefit to the subject, his projects to date have frequently made the towns he portrays the primary audience for the work. Past projects include The Port Glasgow Book Project (2004/5), Fancy Pictures (Isle of Bute, 2008),  Melmastia (Helmand Province, Afghanistan, 2011) and Here is London (commissioned by the New York Times Magazine, 2012).

Deeds Not Words is a documentary of the town of Corby, Northamptonshire and an experiment in direct activism.  Corby’s famous steelworks began to close in the 1980s but poor disposal of toxic waste at the site led to several children being born with birth defects. A successful court case was brought against the local council by several families, who became known in the media as the ‘Corby 16’.

Mark Neville places the children and the case in the context of the largely working class town with its strong Scottish identity (many of its first steelworkers came to Corby from Glasgow). The photographs explore youth, age, beauty, body image and communal values.

With the support of The Wellcome Trust, in 2011 Neville produced the book Deeds Not Words. It contains sixty images along with a history of the court case and a summary of the science involved. The book was never for sale. Copies were sent directly to each of the 433 local authorities in the UK, and to environmental agencies internationally, to raise awareness of issues around the handling of toxic waste and the reuse of contaminated land. This exhibition is an opportunity for a wider audience to engage with the project.

Deeds Not Words is the motto of Corby Town Council

A1 colour poster, given away to visitors.

Here is a conversation between Mark Neville and David Campany, published in Hotshoe magazine, June-July 2013:

Mark Neville first came to prominence in 2005 with The Port Glasgow Book Project, a publication given away for free to every citizen on the Scottish town of the title. After projects in Helmand Province, Pittsburgh and London, The Photographers’ Gallery in London is to present Deeds Not Words, another book project that mixes social documentary with direct activism.

Like Port Glasgow, Deeds Not Words is a book with a unique origin and destination. How did it come about?

Since moving to Glasgow in 2001, I have taken many photographs of people living on the West Coast of Scotland, in places such as Port Glasgow, and the Isle of Bute. Many of the people involved in my artworks, on hearing my English accent, would mention relations living in England, invariably in Corby, and the history of the mass migration of Scots south to work in the Corby steelworks would be recounted. My first visit to Corby wasn’t until 2009, and I was immediately fascinated by the predominant Glaswegian accent. It seemed a typical Scottish town, with a strong working class community, and yet is surrounded by middle class Englishness: Kettering, Market Harborough, Huntingdon. After several visits I became familiar with the town and some of its residents. A court case began by the ‘Corby 16’ was being brought against the local council for the irresponsible disposal of waste from the defunct steelworks. Several children had been born with serious birth defects, notably missing fingers. It seemed evident that the court case had had a strong effect on the community as a whole.

Your work is as personal as it is political. Or rather you don’t separate the two.

My personal impression of the town was that it is a pleasant place to live. Nevertheless, the whole character of Corby was still defined by steel, and the steel industry that formed it. I began to conceive of a work that investigated that character, which did not ignore the visual nature of the town, its Scottish roots, or the history of the mills; or separate these from the court case. The case was concerned with a damaging legacy of that industry, and I began to formulate a purpose for the book: to make a positive contribution to understanding the issues the case brings up. These issues centre on environmental toxicology, birth defect clusters, and ethical responsibility. In this way, the target audience for the book began to emerge too. The book would be a mix of pictures, scientific data and a summary of the court case, and it would be sent directly to the environmental health departments of every local council in the UK. All 433 of them.

The work is personal in the sense that it is underpinned by my search to be accepted into a community, or family; it is political in the sense that it subverts the existing structures and frameworks through which photographs are conventionally disseminated and encountered…These structures and frameworks are often perverse, unhelpful, low in ambition.

So the book is not available to buy. How did you fund this?

I approached the Wellcome Trust for funding in order to bring the book to a dummy stage, including all the photographs, text, and design work. The application was successful, which was a brave decision by the Trust, as the court case was still in progress at this stage. Later, I approached a company who agreed to print the books for free, and then I posted them out pretty much at my own expense.

Your photographs are very distinctive – often a little theatrical but with human character and frailty at the centre. It’s much more than a ‘style’. How did it develop?

The large depth of field and detail I employ in my photographs is driven by the desire to record everything, to make a social document, to historicize. It is democratic, and it implies that no one element of the picture is more important than any other. It would be vanity for me to selectively focus on one plane, one part. Thus, the colour of someone’s nail varnish is as important as a car number plate, or the design of a cocktail glass. The eye should roam over the image. This large depth of field often necessitates employing large flash systems… sometimes these are portable (just), other times these might be installed in the rigging or rafters of a club or pub. I started working in this way on my first photographic project ‘The Port Glasgow Book Project’, when I made shots of the town hall Christmas parties. It was important that I made images where everyone in the dance hall was visible… so Portonians who received their free copy of the book could make out their friends, their aunties and uncles, their boyfriends and girlfriends. And the book could thus ‘talk’ to a large number of people.

So relations within images and relations to images.

I am particularly interested in the relationship of the individual to the group… both as a social and a philosophical subject of inquiry, and how that relates to my own life experience as an artist. Existential questions feature strongly. Who am I, and how much of this is defined by other people?  Despite the great depth of field, there is very often, as a result of my framing and compositions, a central figure, or someone whom the viewer feels that the picture is about. And that figure is normally surrounded by a crowd or a group. The viewer might hopefully begin to identify with this figure, and start to think about their relationship to that group. In ‘Deeds Not Words’ this kind of content and feeling is evident in the image ‘Corby Carnival Queens Go Bowling’, and in some of the Highland Dance, and nightclub photographs. ‘Frailty’ often comes through, I think, when people are in a group.

Are any of the images here staged?

Many of the images feel theatrical, or operatic, perhaps, but very rarely do I stage or conduct people in any way. The photographs are usually achieved, for example, by me patiently standing on a table in a club and doing nothing but look through the viewfinder… I will wait for a particular composition or idea or feeling to suggest itself, and often there is a strong element of prediction involved, where I am hoping that someone might move or look in a particular way, and I am waiting for it to happen. In this way, I am deeply tied into some of the conventions of social documentary practice, but I also feel profoundly critical of other aspects of it, such as its traditional modes of dissemination.