They Lived Together in a House Without Images 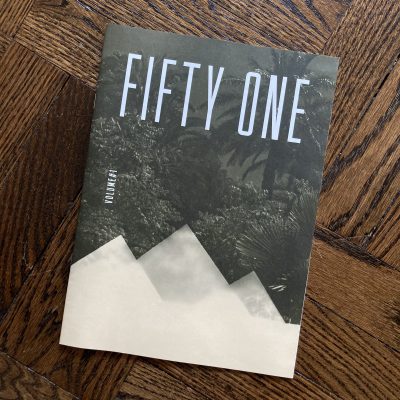 They Lived Together in a House Without Images

They lived together in a house without images. No pictures on the walls. No illustrated books on the shelves. No images on wallpaper or rugs. No glowing resemblances on screens. They lived in a house without images because they liked the idea of it.  They wanted to know how it would feel, how it would make them think, how it might reshape their relationship. Over many years the house had filled with images, entering and accumulating as they do, almost daily. So, they had begun to think about living differently.

She had felt oppressed by the images around her. It wasn’t the number of them that was oppressive; it was the excess and the ambiguity that is the essential condition of all images. To her, life was excessive and ambiguous enough already. She would picture in her mind the house free of images, but then she would worry that her mental picturing was itself a kind of image. An image to aspire to. There is a difference between living without things by necessity and living without them by choice. She knew the inevitable emptiness of poverty and the voluntary emptying of a home are not the same thing.

They began with the walls, removing the paintings, drawings and photographs from their frames. At first, they left the empty frames hanging. Within minutes the squares and rectangles made images of the new voids, or prompted memories of the pictures that had been there. So, they removed the frames. This left patches on the walls, like ghostly reminders. They painted over them.

Room by room, they examined every book on every shelf. They made piles of the ones containing images. They put them in boxes and put the boxes in the street with a note: “If you can live with images, please take these books.” Within an hour they had all gone.

They gave away their television, and their video projector. They deleted every image from their computers and disconnected themselves from the internet.  They gave the photographs in their family albums to the various members of their families.  He kept his watercolour paints and brushes, vowing only to make abstract art.

When the task was complete, and all the images had gone, they stood at the entrance to their house and looked in. It was like a stage set. They walked through the rooms with the self-consciousness of a couple feeling they were being watched, examined, tested. Every gesture they made felt intense and symbolic. Every word spoken hung in the air until all its possible meaning was exhausted. Pensive and vulnerable in the silence, they smiled at each other.

She went to shower before bed. He tidied up, washed the dishes, and walked through the house switching off the lights. At the top of the stairs he saw her walking to the bedroom, and followed. She slipped under the covers and looked at him. He undressed for her and switched off the last light. As he walked to the bed their hungry, wide-open eyes took in the darkness. Laying close enough to sense each other’s breath, the self-consciousness was still with them, but now it was a source of pleasure.

She woke in the night. She put her arm around him and pulled herself close to his sleeping body. Then she got up, and feeling her way through the dark, went down the stairs to the kitchen for a glass of water. She switched on the light and saw on the table a small black and white photograph. In shock, she approached it and picked it up.  It showed the two of them, sleeping in their bed. She put it back exactly where it was, switched off the light, returned to the bedroom and fell into deep sleep.

After an hour he woke suddenly. He made his way downstairs. On the table was a small black and white photograph. He stared at it.  It was clearly an image of their empty bed. Puzzled, he put it back, returned to the bedroom, put his arm around her and waited for sleep to take him.

In the morning they awoke at the same time and looked at each other in the dim light. Without speaking they went down to the kitchen. The table was empty. There were no images in the house.