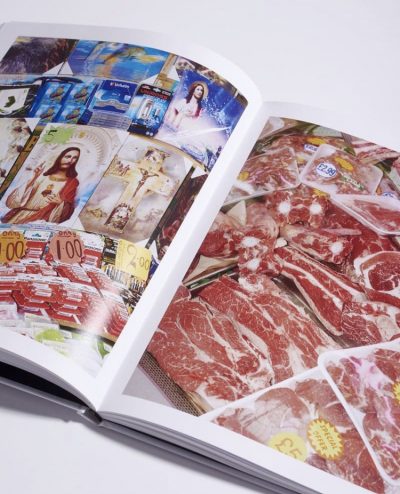 It was Frankfurt this time. I arrived late, after an hour of delays before take-off. EasyJet. When I landed, I took an Uber to the Hyatt Hotel. Forty minutes in traffic, and nothing much to see on the way. Familiar shops. I checked in. I was being upgraded to a junior suite. The others would be jealous. Alessandra and Betty were already sitting in the lobby. Martin and Frank arrived soon after. Only Karl was missing. We walked through to the main restaurant. The buffet lunch was no surprise but it was good, and there was a lot of choice. We talked about our journeys to the city, then the climate crisis, and drifted through a few other big issues. I ate too much. Betty said she regretted the creme caramel. We drank coffee. I had to go my room, to work on my PowerPoint.  The rest of the group headed out for a walk.

From my window I saw them strolling together, side-by-side. Suddenly they stopped and gathered in a circle. Betty seemed to be doing the talking.  They put their hands on each other’s shoulders for a few seconds, then carried on walking and turned a corner. We are not really friends, but I see them every two months for meetings in one city or another, and there is some comfort in that. I got my laptop from my carry-on bag. I checked for an email from Karl. Nothing. And no message on my phone.

My presentation was too long. The supply chain for pork products is complicated. I had to get it across simply and clearly, or we might risk losing the deal. I got a beer from the minibar. The bottle-opener was missing. I put back the beer and took the chocolate instead. I had to lose four slides from my presentation and still explain the supply chain. A pig is born. A small, dependent mammal. It lives an unstimulating life. It grows. Then it is killed, and more products are made from its flesh and bones and organs and skin than you can possibly imagine. Its body will be consumed in as many as seven different countries. Obviously, I could not say it like that in the presentation. Apart from the seven countries. That is an important fact. The vital fact, really. I checked my email and phone. Still no sign of Karl. The PowerPoint was not finished but I needed to take a nap. Chocolate makes me drowsy. I took off my clothes and lay on the bed.

Sleep came quickly and deeply. I dreamed that Karl arrived and that he was phoning me from the lobby. He sounded happy and so sorry to be getting here so late. German trains are not what they used to be. I told him I had been upgraded and that he should check in and come up to my room. 1302. We were all here drinking prosecco.  After a few minutes, Karl knocked gently. I opened the door and led him down the narrow hallway to the sitting room. Our heels tapped on the black marble floor.  My heart was beating. I turned around. Martin was already behind Karl with the knife. He slit Karl’s throat cleanly and swiftly, as if he had done it many times before. He let Karl fall forwards. He was already unconscious before he hit the floor, from shock or heart failure. We watched him bleed.

I woke up. I always have vivid dreams in hotel rooms and often they are unpleasant. This was the worst so far. I tried to put the vision of Karl’s body out of my mind. I drank the Perrier from the bedside table. I swung my legs around, got up and walked to the laptop. No email. I picked up my phone. No message. Somehow my head was clear enough to remake the PowerPoint in a couple of minutes.

The others would be back soon. I took a shower and ironed my shirt ready for the evening meeting. The hotel phone rang. Would I accept a call from a Mrs Benedikt? That was Karl’s surname. It was his wife. Karl would not be coming to Frankfurt. He had hung himself in the night. Her voice was calm. I guessed she was doing practical things to keep her mind occupied. I was calm too. I offered condolences on behalf of Martin, Frank, Alessandra, Betty and I, and told her how much we loved him.

I put on my shirt and my tie. There was a knock at the door. The others were here. They had come to see my junior suite. I opened the door and they filed in. I said I had some very bad news. Unconsciously, we formed a circle. I told them Karl had killed himself. We put our hands on each other’s shoulders.