Jason Dee: Between Cinephilia and Cineclasm 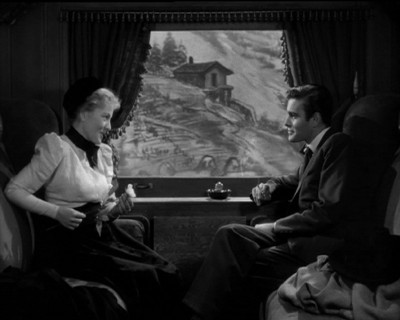 A short essay on the work of Jason Dee, commissioned by Stills Gallery, 2009.

Jason Dee makes formally elegant, perfectly realised short films that play as loops in gallery spaces. They are sophisticated, knowing, seductive, profound, quite obsessive and often funny. I am not sure how much more I can say about his art in general. While there are certainly themes and concerns that stretch across his body of work, there is something in the nature of the overview that is at odds with the work itself. Each of his films is so dense, so layered and yet so particular in its effects that hopping from work to another, as an overview must, risks losing the sense of intense fascination that has formed each one and which in turn shapes the response of the sympathetic viewer. An overview cannot do justice to the pleasures afforded by each film. If I can offer an account of my own response to just one of them, perhaps this might offer a sufficient basis for a broader reflection.

Dee is brave to fashion much of his art from movies of the past that themselves have set high standards for formal daring and innovation. But he is an appropriation artist with a great affection and respect for what he appropriates. He does not attempt to ‘kill the things he loves’. If anything, his films are deep acts of homage.  We’ll revisit the scenes of our youth (2004) is a split-screen reconfiguration of Letter from an Unknown Woman (1948), Max Ophuls’ masterpiece set in Vienna around 1900. Told in flashbacks of seductive, swirling reverie Ophuls’ film is one of classical Hollywood’s most perfect explorations of desire, memory and fate. It is also one of those rare mainstream films that is itself a profound meditation on illusion. Dee chooses to revisit the scene in which Ophuls himself seems to be making a comment on upon the nature of filmmaking. The rakish pianist (played by Louis Jourdan) is taking the infatuated ‘unknown woman’ (Joan Fontaine) to a fairground in which they take a ‘ride’ on a stationary train. As they board he says: “We’ll revisit the scenes of our youth.” Panoramic paintings of romantic locations of their choice are scrolled jerkily past their carriage window. Ophuls revels in letting us see the mechanics of the ride, showing the old man whose job it is to peddle the panoramas and power this quaint attraction. It is a scene of self-conscious seduction, both of the woman and the audience. Both she and we will only be ‘swept off our feet’ and into the delirium of the man/film if we want to be. But Ophuls knows, and he knows that we know, that there is no point watching such a knowingly romantic movie, or falling for such a man, if you’re not willing to enter into the illusion. Dee freezes the couple as they are beginning to flirt with each other. Motionless they are denied speech and thrown out of their performance so that we see them more as actors or models than the characters they are portraying. All the while the landscape continues to pass by their window. On the adjacent screen the old man peddles his stationary bicycle. Presented as a loop we are free to move between involvement and distance from the images, or simply to fall in and out of the illusion.

Just as Ophuls was paying tribute to and incorporating cinema’s prehistory in the panorama, Dee’s reworking pays tribute to and incorporates Ophuls. So we have pre-cinema, classical cinema and digital post-cinema all in one dizzying filmic haiku. But it would be hasty to read this as a simple chronology of media.  There is nothing to say the pleasures of the simple panorama have been superseded, and certainly nothing to say that the landmarks of Hollywood’s classical period have been surpassed. But it is certainly true that new technologies reinvent and may reinvigorate our relation to the cultural artefacts of earlier epochs. Digitization has made cinema’s history available to new audiences, including artists. My feeling is that this has itself introduced a kind of multiple temporality into the experience of the cinema of the past. A film like  Letter From an Unknown Woman may strike us as a very particular product of a specific cultural moment,  which of course it is. Yet a film, like any work of art, also belongs to the moment in which we view it. If you are looking at it now, and it means something to you, it is on some level contemporary. I look at Ophuls’ film and I see it as a contemporary film, and I can only suspect that Dee does too. Certainly, anything unsurpassed is contemporary. But what marks our present moment is a tension between parts and wholes. If we like them, films of the past are worlds or times we wish to inhabit, yet we cannot help but subject them to the scrutiny of repetition and fragmentation that characterizes contemporary viewing habits. Watching favoured films is as likely to involve extracting parts of them – scenes, sequences, shots, even frames – as swallowing them whole.

For an artist this is clearly a post-avant garde position, one that is not inclined to throw out hastily the great achievements of the past. But the past cannot be repeated or fully reclaimed either.  Dee’s art finds solace in living in the past a little, the present a little and the future a little. To do otherwise in this amnesiac age would now lead to madness.  I think Colin MacCabe was quite right when he wrote is his biography of Jean-Luc Godard that  “in a world in which we are entertained from cradle to grave whether we like it or not, the ability to rework image and dialogue … may be the key to both psychic and political health.” Whatever pleasures Dee’s films offer us, they also offer this small but important lesson.

Perhaps this is the attraction of the looped film that plays forever (potentially) in the gallery space. While the loop has always struck narrative cinema as an unhealthy aberration, it seems like an ideal means of turning film into a ‘durational object’, one that is able to partake of cinematic time while also preserving art’s long-standing preference for suspension.  In this Dee’s loops share a family resemblance to films made specifically for the gallery by Mark Lewis, Victor Burgin, David Claerbout and Kirk Palmer, among others. They point us towards a space of promise somewhere between cinephilia and cineclasm.