‘In the Company of Strangers’ 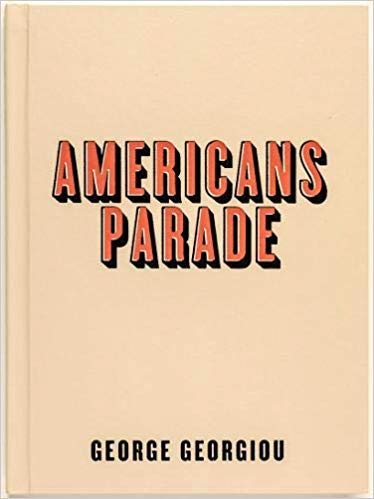 ‘In the Company of Strangers’

What is a parade? Here is one definition: A large number of people walking or in vehicles, all going in the same direction, usually as part of a public celebration of something. By this measure, it would seem the parade is precisely what is absent from George Georgiou’s photographs, although it is implied. If we take another definition – A series of people or things that appear one after the other – then these images, sequenced across pages or along the walls of an exhibition, certainly do form a parade of sorts. A parade of parade watchers, although what is being celebrated is not always clear.

Between January and November 2016, Georgiou photographed spectators lining the streets of big cities and small towns across North America, as they watched or waited for parades. Sometimes they formed crowds; sometimes they were just a scattering of people. Fourteen different states, twenty-four cities, and twenty-six parades. From the very first that he photographed, a Martin Luther King parade in Long Beach, California, the visual approach was simple and eloquent. Standing on one side of the route, Georgiou would wait for a clear view to photograph a section of the crowd on the other. The New York Times saw some early examples, understood their compelling power, and immediately supported the project. This allowed Georgiou to make several extended trips from his home in England.

Human vision cannot take in all of a complex scene in the moment, but a camera can. Georgiou would look at the overall compositions in front of him, at little arrangements of people within the frame, and at fleeting gestures that caught his eye. But as with all his work, he is wise enough to accept the generosity of photography, that it offers more than he can see, and far beyond intention. The visible world can be a great gift to the camera, and a photographer’s good judgment is often a matter framing, timing and a lot of acceptance. Of course, while the camera can take in all that detail, it comprehends nothing. Then, after shooting, a photographer must review and select from the exposures made. That first judgment comes there and then, watching through the camera’s viewfinder.  The second is made looking closely at the resulting images, with all their small but important variables. Georgiou has not combined elements from different shots. What you see in each image was all happening at once. If the photographs sometimes have the feeling of montage, or rhythm and counterpoint, it was there in the observable world.

Parades are in themselves little instances of community, but we should be wary of that word. These days, ‘community’, not unlike the word ‘parade’, tends to imply like-mindedness, the coming together around a cause or shared fate. Certainly there are moments of this in Georgiou’s photographs. Group behaviour, collective identity, communal consciousness.  But there are at least as many moments when we are offered scenes of suspended tension or difference. Yes, everyone is there in the frame but perhaps for different reasons. Some may be present in impassioned commitment. Some might just be curious, with a little spare time in their day. Some might disagree with each other. None of these images is in itself a microcosm of the United States, and Georgiou’s body of work as a whole cannot presume to be one either. Nevertheless, the silent framing of a group portrait tends to produce an illusion of unity, as if the people in each frame, and the frames within this book, share the singular coherence of a picture that is taken in an instant and lasts forever. But maybe that accidental effect counts for something too. After all, and for whatever reasons, these people were there.

Georgiou was making these photographs throughout the 2016 presidential campaigns. On November 8, Donald Trump was elected president, in the name of the Republican Party. Georgiou made his last parade photograph, in Brockton, Massachusetts on November 26. Along the way there had been many different kinds of parade. Gay Pride, St Patrick’s Day, Jesse James parades, Mermaid Parades, George Washington Day, Charro Days, July 4th, Black History Month, Thanksgiving Day, Mardi Gras. They were not all related to the presidency directly, but in our present moment the connection feels inevitable.

Each parade attracted a complex crowd, and each resulting image presents its own pleasures and problems for the viewer. Photographs are naturally still and mute but it is clear now that Georgiou made these images during a period of recent history that was anything but still and mute. The political and ideological upheavals, the poisoning of public debate, and the turning of the United States against itself in its capitulation to crude populism, were loud and tumultuous. Georgiou kept his feelings and opinions to himself. He also kept his nerve, knowing that if his images were going to be able to stand, in their own moment and beyond, he needed to withhold judgment. While he is the author of these photographs, their meaning is up to viewers. Up to us, and up to audiences to come.

All we get in photography is appearance, and judging by appearance is now more fraught than ever. The increasing visibility of us all, for ourselves and for others, encourages us to judge while cautioning us not to. It may be tempting to jump to conclusions, but the relation of a person’s appearance to character, job, class, ideals, desires or political viewpoint is often so layered and nuanced as to be almost indecipherable. And for all the talk of strong opinion and decisive difference in North America right now, we ought not to forget the levels of confusion and bewilderment. Even when a person is draped in a flag or political slogans, their wish to be emphatic may prompt us to wonder exactly where their conviction came from.

Such difficulties of interpretation do not undermine the profound value and fascination of Georgiou’s project. They deepen it. A great artist, particularly a photographic artist, need have no point of view. Although it is not possible to be as indifferent and mechanical as a camera, it is possible to place an image before a viewer as an invitation to look and think; an invitation to measure it carefully against one’s own experience and judgment, to confront one’s preconceptions, to conclude anew or to leave matters open.

George Georgiou drove thirteen thousand miles in the making of this project. No culture has embraced the automobile so completely as the United States. Its towns and cities are largely designed with car dependence in mind. Look behind the standing people here and you will often see the cars they drove to get to the parades. While the car makes travel possible it also aids the separation of people from each other on a daily basis. It adds to the deep levels of loneliness and alienation that are now taken for granted. Perhaps this makes the thoroughly pedestrian and social nature of a parade all the more poignant. Whatever they are for, American parades feel nostalgic, throwbacks to some long-gone but not quite forgotten sense of belonging. Maybe something as basic as standing together, in each other’s presence and for whatever reason, is some kind of utopia.