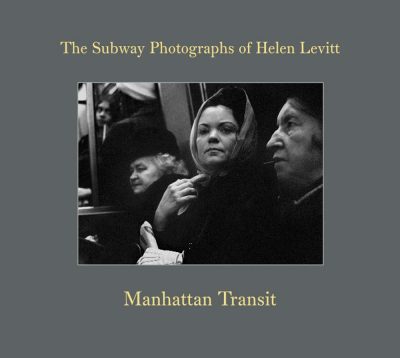 Helen Levitt’s pictures haunt like intimate ghosts – ever present, never forceful, curious, receptive. The photographer herself confessed to being “inarticulate”, and rarely discussed the images she made in the course of her long life. Photographs do not ‘speak for themselves’ exactly, but their richness is often an effect of their muteness. Levitt understood this. Nevertheless, there are a handful of things to be said about the pictures gathered here, without speaking on their behalf.

Born in 1913, Helen Levitt grew up in Bensonhurst, Brooklyn. She dropped out of high school and worked for a commercial photographer. At her own pace, she came to understand the possibilities of the medium, and in turn her own potential as a delicate observer of the world around her. These feelings were affirmed in 1935, when she saw photographs by Henri Cartier-Bresson, Manuel Alvarez Bravo and Walker Evans, at the Julien Levy Gallery in Manhattan. The following year she accompanied Cartier-Bresson on a shoot along the waterfront of Brooklyn. His lightweight and silent 35mm Leica impressed her and she soon bought a second hand one for herself. Levitt’s earliest photographs were of children in the streets and their graffiti, subjects that remained central to her.

In late 1937, or early 1938, Levitt contacted Walker Evans, hoping to show him her work. At their first meeting, she also met the writer James Agee. Her pictures and personality endeared her to both men, and she became a close friend. A decade younger than Evans, Levitt already knew her way around a darkroom and began to help in the printing of his work.

Levitt and Evans shared a profound interest in the appearance of modern citizens – how metropolitan life throws us into close and brief proximity with strangers. They knew the pioneering portraits made by August Sander and Eugène Atget. Evans had been impressed by a 1931 Fortune magazine feature on the surreptitious portraits of government officials made by the German photographer Dr. Erich Salomon. Now he wanted to test an idea: could candid portrait photographs be made in the dark claustrophobia of a New York subway carriage? It was a space of chance encounters, where the random flow of people is temporarily sorted by the ordered rows of seats.  Years later, Evans wrote of the subway,

“It can be a dream ‘location’ for any photographer weary of the studio and the horrors of vanity. Down in this swaying sweatbox he finds a parade of unselfconscious captive sitters, the selection of which is automatically destined by raw chance.”

By the end of the 1930s American culture was dominated by images of people. The popular illustrated press had been expanding since the early 1920s and city life was awash with portraits of celebrities, state officials and the ‘successful’.  Meanwhile the political tensions of that decade had put great pressure of the whole question of individual identity: appearances were coming under scrutiny, physiognomy and character were being aligned, surveillance was on the increase, and photographers were losing the trust of the public.

The camera manufacturer Contax had issued a wide aperture lens for its 35mm models, and the new film stocks were more sensitive to light. Even so, making pictures on the subway would push the limits of what the camera and film could do. Evans painted his Contax black, and strapped it to his chest. The lens could peer out from between buttons or folds of a winter overcoat. To fire the shutter, a cable release ran down the sleeve to his hand, in his pocket.

Levitt accompanied Evans on a number of subway trips. Although Evans had just become the first photographer to have a one-person show at the Museum of Modern Art, he was at a loose end and, as Levitt later recalled, he felt dissolute, with little energy. While there were fascinating intellectual and artistic reasons for making photographs like a spy on the subway, it was clear that it was the opposite of the labour intensive, large format photography Evans had mastered in the previous years.  The subway experiment would sacrifice labour and control for automatism and chance.

At first, Levitt came along as good company and a useful decoy, distracting passengers while Evans photographed. But soon she was borrowing the rig to take her own shots in the same manner. Since they shared a darkroom, there was, for a while, some confusion as to who had shot what. And perhaps that was the point: their subway strategy was more like an analytical system than an expression of personal vision. As anonymous as the subway passengers themselves.  Anyone could have taken these photographs, although only Evans and Levitt were bold enough to try it in 1938. Evans returned for another go in 1941. Nothing came of the project until 1955, when just eight of his portraits appeared in a little magazine. Then in 1966 around eighty were published as the book Many Are Called, with forty-one exhibited at MoMA. Eight were also included in his 1971 MoMA retrospective.

Although there was a deep mutual respect, Levitt and Evans were very different photographers. Evans relished cool detachment, working with borrowed styles and pre-existing idioms. A ventriloquist of photography, one might say, and the subway portraits were his purest attempt at this. By contrast, Helen Levitt was more empathetic and informal with a camera. Her finest photographs came from being present to the world, allowing herself to be seen as a fellow citizen, not as a photographer setting herself apart. In that experiment on the subway Levitt was sharing the centre of Evans’ vision, but it was the outer edge of her own. She soon resumed her more fluid approach on the streets.

In 1943, the Museum of Modern Art presented the exhibition Helen Levitt: Photographs of Children. The press release noted: “Helen Levitt strolls quietly along the city’s crowded streets, or stands at the edge of vacant lots where children play. With her Leica slung around her neck she catches them unaware in the absorbing business of their own worlds.” None of her subway pictures was included.

Levitt continued to photograph, but movie making began to absorb her time. First came In the Street (shot in the late 1940s, released in 1952), a free-flowing documentary of children at play, made in collaboration with Janice Loeb and James Agee. Levitt’s collaborative work on the script of the documentary The Quiet One (1948) was nominated for an Academy Award.  In 1959 she was one of the cinematographers on the feature film The Savage Eye (1959), the story of a divorced wife. It mixed cinema vérité drama with documentary shots of city life. That same year she received a Guggenheim Grant to photograph New York in colour. Soon there was a second grant. In 1963, some of her new pictures were presented at the Museum of Modern Art as part of the one-night slide program Three Photographers in Color, alongside William Garnett and Roman Vishniac. (Working in colour renewed her energy, resulting in a longer slide presentation at the Museum in 1974, two years before the now-celebrated show of William Eggleston’s colour work).

The 1960s brought a widespread consolidation of American photographic history. More of it was being exhibited and published than ever, and many older photographers received renewed attention, including Walker Evans and Helen Levitt. In 1965, she published A Way of Seeing, the book of early black and white street photographs she had planned with James Agee back in the late 1940s. Agee had died suddenly in 1955 but the book featured his original essay. He wrote:

“In their general quality and coherence [Levitt’s] photographs seem to me to combine a unified view of the world, an uninsistent but irrefutable manifesto of a way of seeing, and, in a gentle and unpretentious way, a major poetic work.”

‘Uninsistent manifesto’ is a wonderful phrase. The disarming ease of Levitt’s pictures builds up, page after page, into an undeniably singular attitude to the medium and the world.  Walker Evans also sang her praises, writing in 1969 of how her photography was “both a dance and a loving lyric.”

And still, Levitt kept photographing.  Evans died in 1975. In 1978, the book Walker Evans: First and Last included twelve of his subway portraits. It was around 1978 that Levitt made her own return to the subway, a full four decades after that first foray. Sometimes she made purposeful shooting trips, but mostly she was carrying her camera on her way to somewhere else, from her apartment in Greenwich Village. She seems to have picked up exactly where she had left off in 1938, but in general her photography was less restricted, more in keeping with her looser street photographs. The camera’s point of view is varied, and the mood more relaxed. By the 1970s, public behaviour on the subway was much less formal, and the better cameras and film stock made it easier to capture. There was ‘elbow room’.

Most of these later pictures were taken in cold weather. This is nothing to do with concealed cameras. Levitt rarely photographed outdoors in the bitter cold of the New York winter. She preferred to shoot when the world was at ease in the summer air. Perhaps the subway, as a slightly warmer extension of the public streets, was a way to continue photographing throughout the year. Only in the final image of this book do you see passengers in short sleeves, and it is fitting that it shows a girl and a young woman. The girl glances over her shoulder, as if eager to be off the train and back to the street where she, and the photographer, were most comfortable.

Helen Levitt died in 2009, aged 95. In her later years, her reluctance to speak of her work became legendary. “If it were easy to talk about,” she declared more than once, “I’d be a writer.” The silence did not keep younger audiences from her decades of photographs. Exhibitions became more frequent and there was a string of publications. Fellow artists and critics talked of her as one of the very greatest. A photographer’s photographer. Her pictures did not dare insist on the artistry of their maker. She preferred you to feel you were looking at the accidental artistry of the world itself. In reality that was Helen Levitt’s gift, her particular genius for understatement.