Foreword to ‘Photography: the Whole Story’ 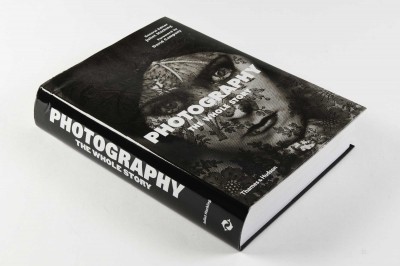 Strictly speaking, the whole story of photography would be an account of every photograph ever taken and every response to it, from that tentative handful made in the 1820s and 1830s to the thirty billion or so now snapped annually around the world. Impossible. Choices have to be made. In fact the process of shaping a ‘story’ of photography is not unlike taking photographs. It is an art or science of abbreviation. It involves judgment, selection, framing, editing, assessment and reassessment.

Photography has had more lives than a lucky cat, each with its own convoluted story. It has had many deaths too. For over a century now the medium’s demise has been announced regularly. The first challenger was cinema and then came television, the electronic image and most recently the Internet.  But photography has been nothing if not resilient and adaptable. Its essence does not reside in any particular technology, nor in any particular social function. Indeed the argument still rages as to whether there is an essence at all, or just a loose and shifting affiliation of characteristics.

Photography was well established before anyone even tried to tell its story. Indeed it was only its centenary in the 1930s that prompted the attempt.  For much of its existence it symbolised a moving present, the medium best able to picture a rapidly changing world. The relentless onward drive seemed to cut it off from its own past. Photography had given rise to whole new fields of experience, entering every institution of modern life. Journalism, ethnography, architecture, advertising, fashion, topography, medicine, education, tourism, history, law, politics, design and of course, art. It was becoming the preeminent modern art. It was also transforming the other arts by redefining realism and becoming the reproductive medium through which all art would be known beyond the museum. Even in the 1930s an overview of it all was a Sisyphean task. Put together with a mix of connoisseurship and science, those early attempts at a history established a familiar a roll call of great names and watershed moments of technical innovation.

Since then the story has become even more complex and plural.  Nevertheless the fascination with its telling has not gone away. Indeed, for every voice claiming that photography is responsible for obliterating history in a blizzard of disposable ‘nowness’, there are those who see clearly the links between what photography is today and what it has been.

Over the last few decades photography has become a much more reflective medium, aware of its history and able to draw upon it with maturity. As a result the continuities are as striking as the ruptures. This book captures the widespread revival of interest in photography’s past, not as a set of dead facts but as a way of understanding where we are now.

No doubt the Internet has had much to do with this revival. Firstly the experience of looking at immaterial screen images has made us acutely aware of the physical and material properties that shaped photography for much of its life. Not just prints but books, magazines, newspapers, albums and archives (none of which have yet vanished entirely into the electronic ether). Secondly, the Internet has allowed us to grasp the tensions between local histories of photography and the uneven globalization of visual culture. Thirdly, it has made photography’s past more available to us and in greater richness than ever before.  So many of the challenges, issues and interests we think of as uniquely our own have been encountered by photographers and audiences in the past.

For example, the perplexing tension between the photograph as record and expression has animated every stage of its development as art. Its legal and factual status is as unavoidable and contested today as it was when William Henry Fox Talbot so prophetically described it as “evidence of a novel kind”.  The narrative properties of the still image engaged photography’s pioneers just as much as the most contemporary image makers working in art or advertising. The relation between the single image and the many was also explored by those pioneers in their books and early photo-essays, while today we understand a photograph as both a unique image and part of a larger body of work.  The photography of people, places and objects remains central and always will: the portrait, landscape and still life persist not as an upholding of traditional genres, but as flexible pictorial forms.  Then there are the deep connections between the colonial impulse that spread photography so rapidly around the world in the nineteenth century and new global culture emanating from the centres of image production and beyond.

Photography appeals because it is both a subject and a passport. To be interested in it allows one to feel grounded while venturing into all those aspects of the past and present it has touched and transformed.