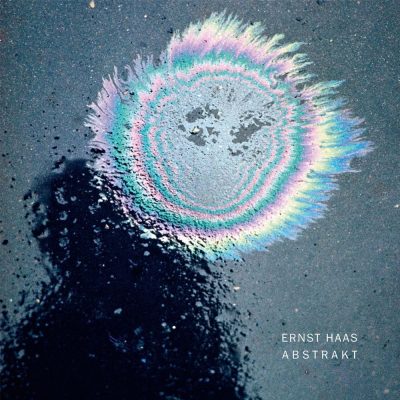 ‘Ernst Haas, Projected’ is an essay by David Campany written for the book Abstrakt, a collection of photographs selected by Ernst Haas for a two-projector 25-minute film he worked on until his death in 1986. The photographs span his entire career in color from 1952 to 1984. Several of the photographs were shown in Life magazine’s fist color issue devoted to Haas’ 1953 story on New York “Images of a Magic City,” and in his 1962 solo exhibition “Ernst Haas: Color Photography” at the Museum of Modern Art, the first color retrospective at that institution. The photographs in the book show various abstractions—from street detritus, to torn posters and other found objects. Haas considered this project to be the culmination of his work in photography.

Extract from the essay:

When a general public hears the term ‘slideshow’ they are likely to think either of holiday snapshots projected for the gathered family, or slick corporate presentations. Both were commonplace experiences of photography in the second half of the twentieth century. ‘Slideshow’ is also one of those terms like ‘desktop’, ‘folder’ or even ‘airbrush’ that lives on in digital culture, to make our computer technologies seem familiar, in that analog way. Even your smart phone probably has a function that will turn your snapshots instantly into a slideshow. But hardly anyone has an actual slide projector these days, and the notion of an artof the slideshow barely exists in the popular imagination.

Nevertheless, groundbreaking artistic work has been made with the format since its inception. Even Alfred Stieglitz, the great early champion of photography as art, dedicated himself for a number of years to perfecting images for projection. Stieglitz had intuited, quite rightly, that the essential and most pure property of photography is light. A projected image is pure light. The photographic print is another medium altogether.

So, slideshows should occupy quite a significant place in the canons of photography and art. They don’t. Photographic history was for decades built around the discourse of the museum with its validation of the exhibited print, which functioned as a collectible object as well as an image. A projection has no object at all. It is completely immaterial.  Indeed, museums barely even know how to refer to slideshows. Are they exhibitions? Events? Screenings? Performances? Happenings? Should they be in the gallery space or in the movie theater? Are they a primary way of presenting photography or something novel and supplementary? Art historians have an even harder time with artistic merit of the format, perhaps because the slideshow was the very means by which they established and taught their discipline.

Haas first came to the exciting possibilities of the programmed slideshow via his young assistant, Todd Weinstein. This was around 1971. Haas had just published The Creation, his provocative and experimental attempt to tell the biblical myth of Genesis in sequenced color images shot around the world. Weinstein had connections with Harvey Lloyd, the abstract artist who was pushing the slideshow technology he had first experienced at the Design Laboratory, the experimental workshop led in New York by the renowned art director Alexey Brodovitch (and attended by such luminaries of photography as Richard Avedon, Diane Arbus, Eve Arnold,  Lisette Model and Garry Winogrand).

Across the 1970s and early 1980s Haas made several slideshows with different themes and different approaches to sequencing. The form appealed for a number of reasons. Firstly, Haas had long thought of photographs not as isolated images but as elements to be linked in poetic sequences. This could be achieved across printed pages, as he had done for The Creationand his later books, and in very different ways on a screen. Secondly, Haas was a great music lover, and often thought of photography through the metaphors of music, with its melodies, harmonies and rhythms. Structured over time, the slideshow lent itself to an audio accompaniment. Last but not least, projection was simply the best way to present color photography in Haas’s era. Making prints with the delicate hues of his beloved 35mm Kodachrome transparency film was almost impossible. One either had to make a Cibachrome print, which exaggerated the contrast and saturation; a dye-transfer print, which was expensive; or the transparency had to be copied onto negative film in order to then make a positive print, losing quality in the process. Reproduction of color for the printed page was even less satisfying.  As Haas himself noted:

“The dilemma with color is still the impossibility of doing prints as freely and easily as in black and white. If that were possible the whole so-called art market, with its incomprehensible hostility towards color, would change drastically.”[i]

If our histories of photography were to include the innovations of cinema and the projected image, the whole map of the medium would need to be rewritten. The exploration of colored light, composition and visual rhetoric was for decades far more advanced in movies than in still photography. You only have to look at Jack Cardiff’s cinematography for the films of Michael Powell and Emeric Pressburger, or Robert’s Burks’ work for Alfred Hitchcock — nothing in printed still photography could match it.  But Kodachrome, made only for still photography, was designed for projection. Although a mass-market film, for the many years it was in production (1935-2009) it was the finest color material available to photographers. If exposed correctly it was very subtle, nuanced, and rich. Haas even went so far as to sign his Kodachromes on the mounts, signaling that these were his works of art. Ansel Adams once described the photographic negative as the ‘score’, while the print made with it was the ‘performance’.  For Haas, each Kodachrome was itself a performance, and the sequenced slideshow a grand choreography.