Once was Enough: on David Lynch’s ‘Twin Peaks’

A Place Both Wonderful and Strange, Fuego Books, 2017 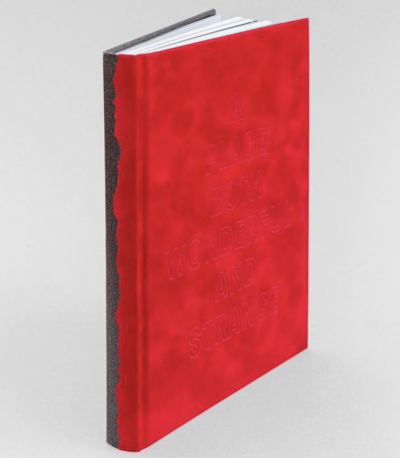 A Place Both Wonderful and Strange is a photographic anthology published by FUEGO BOOKS that brings together the work of 12 international photographers in a narration inspired by Twin Peaks and the work of David Lynch.

David Campany contributes a short remembrance of a first encounter with the original pilot episode of the series.

I grew up in a sleepy English village, and for years I was desperate to get to London. I would fantasize about its nightlife and danger. I arrived in 1987, to study film and photography. The first film I saw at a late-night screening in Soho, was Blue Velvet. I went alone. I felt like Geoffrey Beaumont, the hero of the movie: curious, sexually naïve, and seduced by a world I didn’t understand. I remember the movie theatre was deep blue, warm and soft, like the curtains we see at the beginning of the film. And, like all cinemas, once you’re in them, this one felt cut off from the rest of the city. Anything can happen. People often speak about the parallel between cinema and dreaming. I loved movie-going but never believed it could really have the effect of a dream. But when Blue Velvet finished, I was shaking with terror and excitement beyond all logic. Everything had changed.

Back then it was very hard to get information about what David Lynch was up to. There was no internet and only two or three movie magazines. Occasionally there were rumours that he was making a TV series, but it seemed so unlikely. TV was regarded as trash culture, far from the serious world of cinema.

One night in 1990, I was in Tower Records on Piccadilly Circus. The basement had a huge video and movie soundtrack section. There, on the shelf, was a VHS case for a film called Twin Peaks. The cover design was a cheesy montage of two illustrations: a guy in shades posing on a motorcycle, and a bedraggled young woman walking down a railway track. There was no director’s name on the front.  On the back were two more images: policemen with what looked like a body bag; and a fraught woman on a telephone. Underneath, it read:

Take a journey to TWIN PEAKS… A quiet and tranquil small town on the Pacific northwest that has woken up to the news of a brutal murder of local high school beauty Laura Palmer.

When a second girl goes missing, the town sheriff has no option but to call in F.B.I. agent Dale Cooper. As Cooper’s investigation develops he uncovers an intriguing web of inter-relationships amongst the inhabitants, that belies the sleep atmosphere of the town.

So far, so boring. But then:

From David Lynch, the director of Elephant Man, Dune and Blue Velvet comes Twin Peaks – a mystery story that withholds its secrets to the very end. Running time: 113 mins.

I had no money but paid for it with a cheque. I had no video player either. So, the next morning I watched it secretly, alone in my college’s video edit suite. How different from a comfortable cinema. It was the only time I ever watched it. Once was enough. In fact, I have never re-watched any of David Lynch’s films. The first time is so powerful. Within hours, memory of the narrative falls away, leaving you with the lucid, enigmatic fragments that your unconscious has decided to keep, for its own mysterious reasons. What do I remember from Twin Peaks? Feelings of dread coming from banal rooms. Not being able to smell or taste the coffee on screen. Trembling, confused faces.

I still have that VHS cassette of the Twin Peaks pilot movie. And I still have no video player.