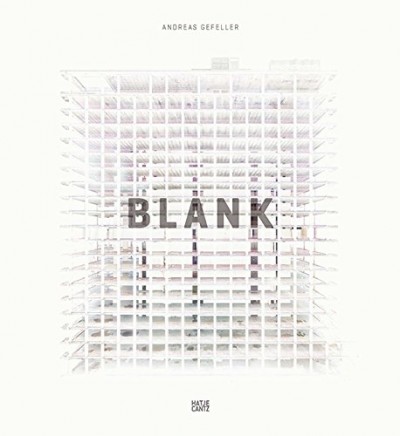 Our metaphors of light are ubiquitous and profound, and have lasted for millennia. Everyday language is full of them, and they are used so often without even a second thought.  We talk of knowledge as illumination. We are exposed to new ideas, and over-exposed to too many. When we are confused, we are in the dark. Ignorance is a form of blindness. Hope is the light at the end of the tunnel. Intelligent people are bright; the unintelligent are dim. When a cartoon character gets an idea, a shining light bulb appears above their head. New ideas come in a flash.  The turn from superstition to reason was a turn to enlightenment. Meanwhile the superstitious texts of religion contain endless references shining paths, to God as light, light as wisdom and light as truth. The unbelieving are banished into darkness. And if you understand, you see what I mean.

When a baby is born it receives more stimulus through the eyes than any other part of the body, except the mouth. The photographer Walker Evans often referred to his ‘hungry eye’, as if the stimulation gained by seeing was akin to the sustenance gained by swallowing. “Stare,” he implored. “It is the way to educate your eye, and more. Stare, pry, listen, eavesdrop. Die knowing something. You are not here long.” The camera has a mouth too, and it swallows the world. But it swallows without chewing, because it cannot do that. We then ask the camera to spit out what it has swallowed onto a screen or onto paper. We must then re-swallow it with our own eyes.

We are told we live in an age of enormous visual appetites. We run the risk of an obesity of vision, of swallowing more appearances than is good for us. We are told this by the very media outlets that are producing this glut of visibility. It is a misdiagnosis, based on the idea that it is the amount of images in the world that is the source of the problem. In fact the problem (if it is a problem) stems from the image itself. It is in the nature of images, all images, any image, to offer us more than we want and not enough of what we want. Images can leave us bloated but still hungry.  Images exceed meaning in ways that are unruly, even treacherous. At the same time they are inevitably elusive and enigmatic. René Magritte called it the ‘treason of images’. This is why the image world is so bound up by the conventions of genre and the law of language  (caption, title, commentary). But in the last instance images remain anarchic, and this is why they have always been a source of great attraction and great suspicion. Yes, we may well live in a hyper-optical culture, in which the eye is stimulated as never before. But visual stimulation is neither knowledge nor understanding, although it can play a part in both.

The anxiety that the world of images might disturb or distort civil society is familiar. How often do we hear that we are ‘bombarded’ or ‘under siege’ from pictures, as if somehow they were pursuing us? How often are we told we are over exposed? And in that narcissism we may delude ourselves that it is a new problem, afflicting only us, and only now. The arrival of photography in the 1830s and its subsequent development into a mass medium certainly introduced new problems, new pleasures, new disturbances into the family of images. But these have only exacerbated the essentially unpredictable condition of the image as such.

Instead, the real challenge we face has to do with the relation between appearance and meaning, or appearance and revelation. Photography was a product of the industrial revolution, and so it had a kinship with those industrial technologies that were discernible to the human eye, that could be understood visually. This was the world of pulleys and levers, of mechanical clocks and Aristotelian principles. One could look at a photograph of a stream engine and figure out how it worked. The relation between the mechanical world and photography was complementary. An optical-mechanical-chemical camera for a legible-mechanical-chemical world.  Of course photography could not reveal the economics of mechanized industrialism, at least not in any immediate way. This is why Walter Benjamin was so suspicious of photography’s promise of revelation. “A photograph of the Krupp works or the AEG tells us nothing about these institutions. Actual reality has slipped into the functional. The reification of human relations – the factory, say – means that they are no longer explicit,” he wrote back in 1931. But really those relations were never truly explicit, never fully revealed to vision alone. A photograph might be able to show how a machine works but it cannot tell you who owns it, or how much its operator is paid, or how much profit is generated.

At a later point, let’s say in the years following the second world war, that world of machines was complicated even further by the rapid spread of electronics: the computer and its invisible activities. This is our era of ‘black box’ technology where nothing is revealed to the human eye. A mechanical typewriter can be understood by looking at it. Your laptop computer cannot. If you photograph your laptop the glass eye of your camera is left to stare blankly at its own inadequacy.

Paradoxically this computerization, with its vast networks and easy replications, has produced its own enlargement and acceleration of our visual culture. We see more images that ever before.  Computerization has offered ever more of the visible world to us. Moreover, the visual qualities of the image produced by digital cameras have transformed photography. We can take photographs in lower light and brighter light than ever before. The ‘high dynamic range’ software in your smartphone means that less and less of the visible world escapes the camera. Deep shadows and bright highlights were once available only to the specialist. Now they are the norm.

A wildly over-exposed image now seems almost perverse, an exotic throwback to the ‘technical failures’ of old analogue photography. But a ‘correctly’ exposed photograph remains a small point on the long scale between two blanks: complete darkness and complete light.  A photograph can be made exposing for the deepest shadows of its subject, leaving the mid-tones and highlight to ‘blow out’. Exposing for extreme highlights can plunge most of the image into blackness. Such images strain our sight and our expectations. This strain can, if we let it, open the possibility of a contemplation of just what it is we want from our eyes and what it is we want from what they see.

What is vision for when the real forces that affect our lives have become invisible? Does the image world offer insight or distraction?  Is vision being eclipsed?  Would we be better off not looking? And yet, and yet, we still have eyes. We have desires to look that cease to be satisfied and we cannot quite disentangle how we see from how we know.  All those metaphors of light and knowledge may have appeared in a very different epoch but they are with us still. Do we have the right physical sensorium to understand the world we have made, to cognitively map it, to comprehend its complexity? We throw light at it, in the hope that it will reveal itself to us. But might it be that vision is a trap? An obstacle? While it once promised enlightenment are we now facing the prospect that vision is preventing our urgent comprehension of the world we are making? Should we give up on vision? Could we give up on it?  Can we reinvent it? Or are we doomed to see?