‘She decided to become a great viewer’ 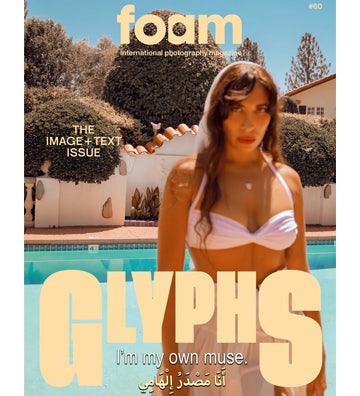 ‘She decided she would become a great viewer’

At the gallery, she found the photographs on the wall compelling, but disturbing and confusing. So, she looked for some kind of text on the wall. Sure enough, the words took away her difficult feelings. She looked again at the images. She now knew what to think about them, and how to think. She now felt somehow inside the images, inside the mind of the institution, and no longer alienated. It felt comfortable, like learning a lesson well.

She left the gallery and walked to her favourite café, to read for a while. She took out her anthology of writings by Goethe and turned to a favourite passage. It is as hard to read a great novel as it is to write one. Years ago, this idea had affected her deeply. She thought again about her experience in the gallery, and felt guilty about how she had not been able or willing to confront the feelings of confusion and disturbance the images had caused. “There is no great art without great viewers”, she thought to herself.  She had not been a great viewer.

The words on the wall had not encouraged her to respond to the images for herself. They had not offered an occasion for unpredictable interpretation. They had not set her free. The words had ‘explained’ the images, although she knew, deep down, that images cannot really be explained, cannot be tamed or made accountable. The words had declared the artist’s intentions and their frame of reference, and in the reading of them, she had lost much of her own intention and frame of reference.

She wondered why this never happened with her experience of literature or music. Neither of those art forms led her to look for words of explanation. Literature and music encouraged her to value her own response. They allowed her to enjoy and explore on her own terms. Contemporary art rarely did this for her. Why was that? Did contemporary art fear ambiguity and nuance? Did art institutions fear them? Did artists make work knowing, and relying upon the idea that words could manage the fear?  Surely art is not what is said on its behalf. She finished her coffee. Perhaps it was to do with photography, a medium so often encountered through words; a medium so often contained by language that its essential uncertainties can cause extra consternation.

She took out her phone, switched on the camera and held it up. Framing the view of the street through the café window, she watched the people pass across her screen. Now and again, she tapped the screen to make photos, and looked at them. Mute and immobile extracts. She pointed the camera down at the open page of Goethe on the table. Zooming in, she reread the words, and decided not to photograph them. She enjoyed being a great reader and a great listener. She decided she would become a great viewer.