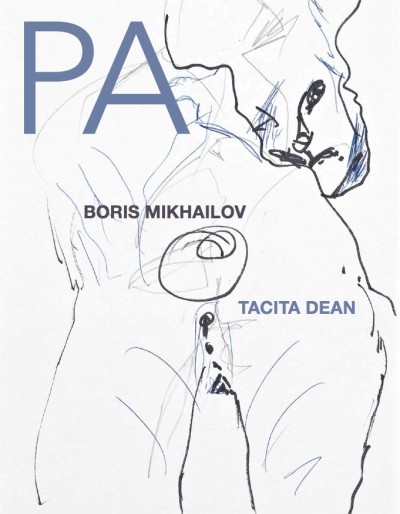 PA is a magazine I co-founded and co-edit with Cristina Bechtler. For each issue we invite an artist to select and sequence their own work over as many spreads as they need. They then choose a second artist who is invited to do the same.

For PA issue 4 the artist Tacita Dean invited the photographer Boris Mikhailov to use the oldest known works of representational art – stone carvings – as a starting point for their artistic exchange. In an accompanying text Tacita Dean writes on their project:

“A year or so ago, when I had gone round to see Boris to discuss our co-existence in this magazine, he told me that he thought my films were like the amateur movies taken by Tsar Nicholas II, had there been any. When I asked him last week what exactly he had meant by this, he had forgotten that he had said it. But I remember at the time feeling he was saying something quite astute and that maybe what he was telling me was that my films were unquestioning of their class and at ease with their privilege: unselfconscious too, as it were, but in quite another way. And although for me it is tough to admit to being unequivocally upper middle-class, I know there is truth in what Boris has said. Perhaps what we are doing here with our rock voodoo is trading in respect for each other’s unselfconsciousness across a continent and a society of difference.”

The publication includes texts by Amy Cappellazzo and Philip Ursprung. With an introduction by Cristina Bechtler and David Campany.