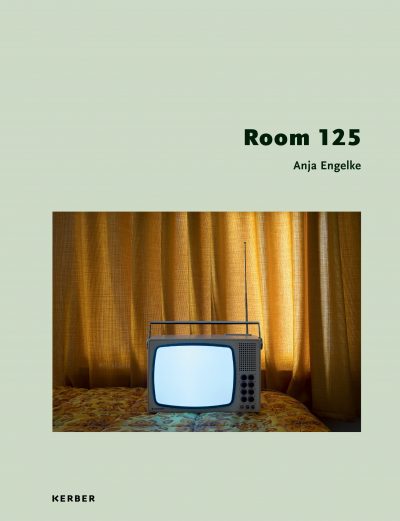 Part of most high school art education involves a trip to the local museum, to sit in front of a painting and draw it. ‘Studying the masters’ might be a little old-fashioned for the latest post-medium conceptual artist, but it has its place. It slows you down and makes you consider things carefully. When photography began to be accepted as art and exhibited alongside painting, what were those school children meant to do? Drawing a photograph doesn’t quite make sense, although it can be an interesting task. What might ‘studying the masters’ mean for photography? Now that it has been canonised, and counter-canonised, great photographs clearly do get studied.

In the first instance, photographers look closely, very closely, at the work of those they admire. Some then head into the world to make their own images in the style or manner they have observed. This is to be encouraged, and the more literally the better. It is a useful way to meaningfully accommodate influences and move on. If one doesn’t come to terms with the work of others, one risks getting trapped by it.

In recent years another strategy has emerged: remaking in ways that involve set building and staging. This might be the most comprehensive way in which an artist can explore and come to know an image and their relation to it.

On 18 July 1973 the North American photographer Stephen Shore was staying at the Westbank Motel, Idaho Falls, Idaho. In Room 125, to be precise. He was on one of the many road trips he took that decade. He often photographed his hotel rooms. Partly it was a kind of visual diary, but hotel rooms make for great images and have a long history in art, particularly North American art. And who is to know if the photograph Shore made that day was not indebted to the work of others? Edward Hopper or Walker Evans, perhaps, both of whom made exceptional images of hotel rooms. More profoundly, hotel rooms offer something particular to vision and to cameras. They are tight chambers, usually with one window, in which everything is familiar and yet different. The light, the space, the objects, the fabrics. The room is yours for a while, and photographing it can affirm that temporary ownership. Every time you stay in a hotel room, the ritual is the same but the space has changed. Every hotel room is a kind of a remake, and every photograph of it is a kind of remake too.

In 1973 not many people appreciated Shore’s photographs. They seemed too banal. Not artistic enough. In 1982 he published the book Uncommon Places. It contained forty-nine of his road trip images, but he had made several hundred, and in the years since various books have expanded upon his project. As the appreciation has grown, Room 125, Westbank Motel, Idaho Falls has become one of his most admired and loved photographs.

‘Admiration’ implies something cool and measured. A rational assessment, perhaps, and a little distant. ‘Love’ implies something irrational, a force that dissolves the distance and cannot quite be accounted for. Art history and criticism have a hard time talking about the love one might feel for an image, particularly a photograph. Nevertheless, photographs are often loved.

It is tempting to say that the admiration of a photograph involves a formal judgement. Composition, pictorial resolution, colour, tonality. And it is tempting to say that love involves something else – an imaginary connection to what is ‘in’ the image, or the situation it depicts. An over-identification, as they say in psychoanalysis. I am not sure admiration and love can really be separated this way, especially in our relation to photographs with their strong illusionism, but I leave the question open.

I suspect Anja Engelke admires and loves Stephen Shore’s photograph of that particular room, and she has remade it. Not just the photograph, but the room that is its subject. I could have asked her whether she made or found the props and fabrics, but not knowing is part of the pleasure of looking, so I didn’t. She reconstructs the room but adds to it. She photographs it from the same position Shore photographed his room, and she offers us other views too, because it is now her room. In doing so she expands the situation, adding new props, depicting the room at different times of day. She goes beyond Stephen Shore’s vision and point of view, to explore her own.

I am writing these words in a hotel room. It is daytime and I am on the bed. By coincidence, the room is a golden green. There is a window to the left and a plasma TV mounted to the wall in front of me. My laptop rests on my legs, and beyond its screen I can see my dirty sneakers. On the bedside table is my copy of The Poetics of Cinema by Raúl Ruiz. I have just reread his remarkable essay ‘Images of Images’. Ruiz asks the reader to imagine a totalitarian society in which only one painting is allowed – a portrait of the president. The only artistic activity permitted in this society is the copying of this painting. One frustrated artist decides to focus on just one per cent of the painting – a fragment of the president’s nose. Working in such a way, the artist permits himself to add details that are missing in the original. He goes on to make hundreds of these one per cent paintings, and then dies. Followers of the artist gather all the paintings in the hope of combining them to produce one single portrait of unsurpassable realism and authority. But they find the artist has painted the president from hundreds of slightly different angles. The result looks Cubist. In this society, Cubism is outlawed since it implies not one attitude but many. Then, one day, one of the followers works out that if the paintings are photographed and projected like a movie, at twenty-four frames per second, they give the impression of a tour around the president’s head. The artist had departed from the work he was copying, but in doing so he had produced both a faithful homage and an entirely new work of art.

Fortunately, we do not live in a completely totalitarian society. We have choices. Nevertheless, certain artworks can take hold of us, seize us. And in our love and admiration for them, they can overpower us. The only path is to accept this, not passively but actively. To get out, one must go in deeper.