The affection and energy of Antanas Sutkus 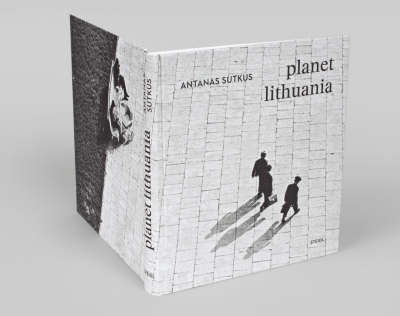 The affection and energy of Antanas Sutkus

Antanas Sutkus bought his first camera in 1953, aged fourteen, and almost immediately he was making compelling images. It would be tempting to say that photography has dominated his life ever since, but what has really dominated is the great love and concern for the people that his photographs document and express. People in general, the people of Lithuania specifically. For many decades, Sutkus was enormously energetic and productive. He barely looked back, having little regard for posterity. What accumulated all this time was a profound chronicle of life in Lithuania. Family. Work. Play. Joy. Hardship. Hope. Humour. Interaction. Frustration. Loneliness. Poetry. Mystery. If photography can make any claim to universal experience it is through being particular. Sutkus’ photographs are as rich in particulars as any in the history of the medium. Rarely are they overtly political, but inevitably the complex historical passage of his country has left its impression upon the fate and hopes, and thus the bodies and faces of those who have come before his camera.

Anyone can pick up the basics of photography in two minutes, and some pretty advanced techniques can be learned within two weeks. Becoming a photographer is not like learning the violin, or oil painting. The camera is a simple tool. Indeed, it could hardly be simpler. The most important requirements, particularly for an observational photographer, have little to do with equipment or technique. They are subject matter and a disposition towards it. The disposition might be affection, or mixed feelings. It might be intellectual or intuitive. But as long it is not indifference, a photographer has a good chance of making reasonably good pictures. You do not have to be inventive or creative, especially not when the world and its appearance so engages you.  You do not have to force your vision into your photographs. If you have a vision it is bound to come through anyway. Antanas Sutkus’ vision is characterized by unbounded curiosity and engagement. All of his images are rooted in this. Some are composed simply, others are formally ambitious, and some may have been partial accidents (it is foolish for a photographer to deny chance, but it takes a sensitive and skilled one to harness it).

Within Lithuania, Sutkus is as close as any photographer has come to being a household name. Added together, his various books have sold over 300,000 copies. He has been a guiding presence for other photographers, and a great defender artistic independence.  It is probably in the nature of photographers to feel they have been overlooked, nevertheless even the very best Lithuanian photographers have largely eluded international attention. The written histories of world photography rarely include their names or images. Sutkus has begun to be recognized beyond Lithuania but there is a long way to go yet.

Attention did come early for this talented and productive photographer. Sutkus started exhibiting and publishing his personal work in 1962. By then he had already been working as a journalist, fulfilling rather conventional assignments for conventional newspapers and magazines. He enrolled on a journalism course at university, only to neglect his studies, which led to his expulsion. He knew photography was his calling and what he really wanted was to teach himself, to follow his own path in making unofficial photographs. Not formal images of ‘events’ but the informal moments betweenlife’s events. The unscripted incidents. The pauses. The moments of openness or possibility.

In 1965 the book Vilniaus šiokiadieniai (Everyday Vilnius) was published, with photographs by Sutkus and his good friend Romualdas Rakauskas, designed in collaboration with the graphic designer Rimtautas Gibavicius. Illustrated ‘city portrait’ books were a popular but often clichéd phenomenon across Europe in the 1950s and 60s. Sutkus had seen one about the architecture of Prague. However, what is remarkable about Vilniaus šiokiadieniai is the combination of youthful energy, maturity and visual delight. On the surface the book does resemble the kind of official publication that might be endorsed by the state, but the photographs are determined to get under the skin, to find those telling visions of grace, humour and fragility that make humans particular and not official. We may have jobs, roles, ideologies and expectations that are imposed upon us, but that’s not all we are, or all we could be. Sutkus was excited at the publication of Vilniaus šiokiadieniaii, a book now recognised far beyond the city it depicts. And in retrospect it was clearly a bold announcement of the kind of approach that would remain the basis of his photography.

A camera both connects a photographer to the world and separates him or her from it. The glass wall of the lens is a barrier but it is also a portal that allows the world to pass through it as light. It keeps the observer apart and yet attached. This delicate balance is as much psychological as practical, and very difficult to define. One cannot learn to be a photographer in the manner of Antanas Sutkus. His images come from his self, in the deepest sense. Certainly, his work belongs within what is often called ‘humanist’ photography, which took hold across in Europe in the 1920s and had a resurgence in the 1950s. And certainly, this kind of image making – somewhat romantic, even utopian – was shaped for photographers and audiences by the traumas of war. Everyday life felt fragile, haunted by the prospect of disturbance. Or even catastrophe. In eastern Europe that profound uncertainty mutated but continued under the various authoritarian postwar regimes. Lithuania, as we know, has had a particularly troubled postwar experience.

Sutkus has consciously understood himself as being a participant in the lives he has photographed, not a cut-off observer of them. He has rarely taken images abroad or even outside of the social world he understands as his own. Photography is for him a passport to meet, interact and understand, even though it must involve a little distance and the skill to concentrate on making the pictures.  Few of his images of people were taken candidly, and even these are deeply affectionate and respectful. But most of his best photographs have emerged from his personal exchange with people. One never feels his subjects have been cheated or misrepresented. Neither does one feel they are being idolized or turned into empty social symbols.

Beyond the broader historical and political forces, Sutkus has spoken of events in his personal life that contributed to the way he understands and sees the world. His father shot himself in 1940, when Antanas was in his first year of life. He was fostered by his grandparents. Tuberculosis, which he contracted at the age of six, isolated him in a state of mortal limbo for some time. There was no known cure. He turned to reading, both the official literature and the ‘yellow’ (forbidden) things his neighbours offered. Words without images. He listened to Radio Free Europe and The Voice of America.Sounds without images. All this happened not in the energetic city of Vilnius but the quiet of the countryside, in a village called Kluoniskes, not far from Kaunas.

If Sutkus had any teachers of note, they were first and foremost the writers he admired. Franz Kakfa, Jean-Paul Sartre (who he would later photograph on the sands of Nida), Ernest Hemingway, William Faulkner, Kōbō Abe, Vladimir Nabokov, Gabriel García Márquez and others. All took as their subject the relation between the individual and the social forces around them, and all described in ways that encourage the reader to picture mentally. In addition, Sutkus took inspiration from international cinema, notably the films of Ingmar Bergman, Federico Fellini, Luis Buñuel, Michelangelo Antonioni, Pyotr Todorovsky and Otar Ioseliani.

Serious photography was harder to see. Sutkus had little sense of the medium’s history or the high standards of its best practitioners. This meant he had many years of photography behind him by the time he encountered the work of others. When this eventually happened, it was therefore not a matter of influence, but of affirmation. The path he had chosen – attentive documentation of the everyday lives of common people – had also been the path of many of the very greatest photographers. Paul Strand, Henri Cartier-Bresson, Walker Evans, Helen Levitt, Robert Frank, Diane Arbus, and Garry Winogrand among them. Sutkus probably sensed, but was too humble or nervous to admit, that he could count himself as their equal. Over the years he has accumulated a large library of books by the photographers he admires, but it was an advantage to have not seen them at an early age. He was neither intimidated nor tempted to copy anyone, but kept his vision very much on the world around him.

Throughout the 1960s, 70s and 80s, Sutkus continued to photograph and with even greater intent to survey the people of Lithuania. He freely admits that by his mid-twenties, he was already making some of his best work. This is not uncommon among photographers, many of whom peak early, in what the writer and curator John Szarkowski called a ‘hot streak’ that may only last a year or two. Observational photography requires great amounts of energy and concentration, if it is to be pursued at the highest level. Many simply burn out, slow down, lose interest or suspect their best work might be behind them. Sutkus managed to sustain this level of working over a very long period of time. This is rare among photographers. It means that not only did he retain the nervous and physical energy, he also maintained that love, curiosity and commitment to his subject matter. His people.

Lithuania reestablished its independence on March 11, 1990, but the bright promise of a better society soon began to fade. The ruinous order of the oligarchs took hold, and a faceless neo-liberal capitalism looked like the only possibility. In turning people against each other, the common bonds that were forged in a very different era were breaking. With this came a general undertow of mutual suspicion, anxiety and selfishness. It seemed to destroy the openness and sense shared fate that was the core of what Sutkus had been able to make visible.  As his photography began to slow down, he turned his attention his huge body of work, undertaking the slow and painstaking process of archiving negatives and prints.  Meanwhile, recognition of his achievement was beginning to grow. Honors came from the state of Lithuania and beyond. He began to have more shows and publications. In 2017 he was given the prestigious Dr. Erich Saloman Award. Invitations to exhibit came from all over Europe, and more recently South America.

The love of photography never has never left Antanas Sukus. In recent years he has picked up the camera again. Digital this time, but with the same affection and energy that had seized him in 1953.