a Handful of Dust 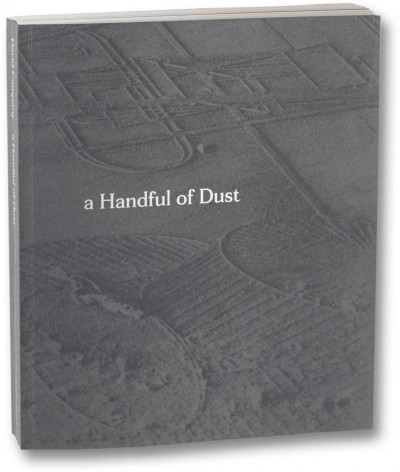 a Handful of Dust is David Campany’s speculative history of the last century, and a visual journey through some of its unlikeliest imagery. Let’s suppose the modern era begins in October of 1922. A little French avant-garde journal publishes a photograph of a sheet of glass covered in dust. The photographer is Man Ray, the glass is by Marcel Duchamp. At first they call it a view from an aeroplane. Then they call it Dust Breeding. It’s abstract, it’s realist. It’s an artwork, it’s a document. It’s revolting and compelling. Cameras must be kept away from dust but they find it highly photogenic. The very same month, a little English journal publishes TS Eliot’s poem The Waste Land. “I will show you fear in a handful of dust.”

And what if dust is really the key to the ensuing decades? Why do we dislike it? Is it cosmic? We are stardust, after all. Is it domestic? Inevitable and unruly, dust is the enemy of the modern order, its repressed other, its nemesis. But it has a story to tell from the other side.

The connections range far and wide, from aerial reconnaisance and the American dustbowl to Mussolini’s final car journey and the wars in Iraq. a Handful of Dust accompanied an exhibition of the same name, curated by David Campany for Le Bal, Paris (October 2015- January 2016), with works by Man Ray, John Divola, Sophie Ristelhueber, Mona Kuhn, Xavier Ribas, Nick Waplington and many others, alongside anonymous press photos, postcards, magazine spreads and movies.

“The curator David Campany’s new book accompanies an exhibition of the same name, and proceeds in a free-associative manner. This “speculative history” obsessively considers things that look similar, work in similar ways, are made of the same substance or are linked to one another by faint but undeniable threads. Its starting point is Man Ray’s 1920 photograph of about a year’s worth of dust gathered on the surface of Marcel Duchamp’s sculpture “The Large Glass.” But the book somehow wends its way to aerial reconnaissance photography, abstract landscapes, forensics, American dust storms, artists’ videos and the Iraq War. The cumulative effect is brilliant, almost novelistic, and the book comes with a removable insert featuring an equally brilliant essay by Campany.”

Margeret Iversen, The History of Photography

Selected by Roxana Marcoci,  Senior Curator, The Museum of Modern Art, New York, as one of  TIME‘s  Photobooks of 2016

A Handful of Dust by David Campany on Collector Daily

A Handful of Dust by David Campany on Innocent Curiosity

a Handful of Dust by David Campany on Paper Journal