Photography from Page to Wall 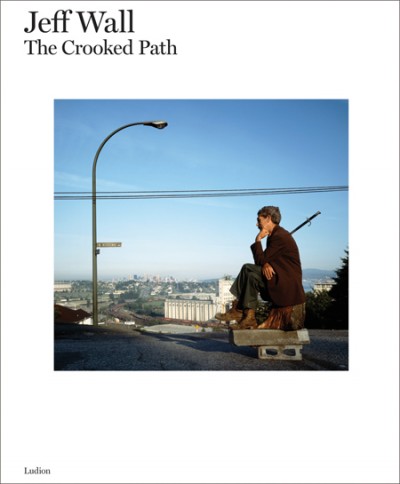 Photography from Page to Wall

The development of vanguard photography from the 1960s to the 1980s involved, among other things, a profound shift from the printed page to the gallery wall as the site for which its images were to be conceived. In 1954 Irving Penn had declared: “For the modern photographer the end product of his efforts is the printed page, not the photographic print”. By 1964 his assessment had changed: “The printed page seems to have come to something of a dead end for all of us.” The ascendance of television as the defining mass medium meant an eclipse of the illustrated press, and of certain roles for photography and photographers. In the decade that separates Penn’s remarks many important photographers began to move away from magazine work to produce significant independent photographic books. These include William Klein’s New York (1956) Rome (1960), Moscow (1964), Tokyo (1964), Robert Frank’s The Americans (1959), and Richard Avedon & Truman Capote’s Observations (also 1959).

At this time street photography, that model of social observation and picture making that had evolved in parallel with the illustrated press, was consolidating itself into a definable genre. This was expressed best by Garry Winogrand who absorbed of the insights of Walker Evans, Henri Cartier-Bresson, Helen Levitt and Robert Frank, pushing hard at the pictorial and descriptive limits of the spontaneous city street photograph. But when all these photographers exhibited their work their prints were barely larger than they appeared on the printed page.

In the Conceptual Art that emerged in the 1960s, the photograph as document and the image-text as report or chronicle were adopted and critiqued by a number of artists who did not identify themselves as ‘photographers’. Notably, Dan Graham and Robert Smithson began to produce experimental works modeled on, but subversive of, magazine photojournalism. Smithson’s ‘The Monuments of Passaic’, published in Artforum in 1967, was a series of deadpan visual documents of the post-industrial landscape, accompanied by a text that veered between detailed description and delirious hyperbole on the slow collapse of the modern world into entropy. For Smithson the eventless, marginalized landscape was more characteristic of the modern condition than any city centre and the challenge was to find a para-journalistic form to describe and express it.

Dan Graham hoped to publish his  ‘Homes for America’ outside of the art world “in a magazine like Esquire”, as he once put it,  but settled for Arts magazine (December 1966 – January 1967). With an instamatic camera loaded with colour slide film he documented the monotony of post-war American tract housing, noting in his deliberately flat, uninflected prose how domestic architecture was becoming less a cultural matter than a commodity, developed and produced according to rationalized modular design principles and a reifying economic logic. Arts magazine failed to include Graham’s images, replacing them with a Walker Evans photo of Victorian serial housing taken in 1930s. He persisted with the idea of making ‘works’ for insertion in magazines but in reality they have lived on through their redeployment in the more robust space of the gallery, in the form of exhibited artworks. In 1971 ‘Homes For America’ was remade as an editioned lithograph of its unpublished layout and Graham continues to exhibit photographs from the project. [i] Smithson’s piece for Artforum also migrated from page to wall.  Such works inhabit the wall not as pictures that ‘belong there’ but as layouts that might not. As such their relation to the spaces of both the printed page and the gallery is ironic and parodic.

Beyond making artworks that resemble magazine spreads, the idea or promise of the intervention in magazine culture lives on as a symptom of the feeling that the space of the popular press should not and cannot be declared off-limits to artistic production. But it has proved difficult. The kinds of institutional spaces that allowed Walker Evans to be employed by Fortune magazine (1945-65) and be left pretty much alone to produce subversions of the mainstream photo-essay (such as his ‘Homes of Americans’, 1946) have become increasingly limited and difficult to occupy, particularly by ‘outsiders’. And even in the 1960s, Evans’ sly magazine work was unknown to artists, precisely because it was made in and for a non-art magazine to be disposed of soon after the next issue appeared. (Not surprisingly, Dan Graham was unaware his ‘Homes for America’ had such a striking precedent.)

Many of the photographs gathered here [in the exhibition Jeff Wall: The Crooked Path, Bozar, Brussels 2011] from the 1970s and 80s are indebted to the rich and productive paradigm opened by Walker Evans – but Evans understood not as a canny journalist but as modern artist who made striking museum pictures in the ‘documentary style’. The work of Stephen Shore and Thomas Struth is exemplary here. Both photographers are fascinated by the ad hoc, informal development of the urban scene. They make it thinkable and appreciable through the masterly formality of their compositions. Shore’s best-known body of work from that era was published as the book Uncommon Places (1982). Five years later Struth published the book Unconscious Places. Even these titles express Evans’s characteristic attention to the recently forgotten and the ways modern life renders the everyday almost invisible to most citizens.

Shore has understood his photography as belonging equally to the page and the wall. As a result his influence has been as much through publications as exhibitions. His exhibited prints are modest in size and their effect is cumulative. Although they function as individual pictures his attention – like Evans’s – to seriality, mass production and daily ritual invites a movement from one image to the next. The suite of photographs presented over pages or along a wall accommodates and encourages such a reading. This dynamic is present but less emphatic in Thomas Struth’s photographs.  Moreover while Struth’s early prints were also close to page size, he belongs to a generation of artists, including Jeff Wall, Jean Marc Bustamante, Andreas Gursky who began to conceive their photographs as individual pictures to be presented at a larger scale in relation to the body of the beholder in the gallery space. This broke once and for all the primacy of the art-photographic page that was first asserted in the 1840s and 1850s, explored as a specifically modern form between the 1920s and the 1950s, and ironised by Pop and Conceptualism in the 1960s and 70s.

While many have argued that the triumph of photography in art since the late 1970s has come in the form of the gallery-specific tableau it would be hasty to overlook the continued significance of photographic publications. The recent renaissance of the ‘photobook’ as a specific form, the flourishing of independent arts publishing (much of it taking its inspiration from the likes of Dan Graham, Robert Smithson and Hans Peter Feldmann) and the seemingly unshakeable status of catalogues and monographic books suggest a more fluid dialogue between page and wall, albeit one that respects the differences.

[i] In 1970 Jeff Wall produced his own contribution to this sub-genre, the photo-text publication Landscape Manual, which was also an aleatory exploration of a dejected geography. Three decades on it reappeared in the gallery context in the form of a single photograph from the original publication (After Landscape Manual, 1969/2003).