John Stezaker – Too Much, Too Little 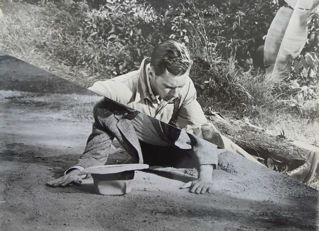 Too much, too little

One salutary consequence of the rise of photography in and as art has been the acceptance of common ground between ‘photographers’ and those ‘working with’ pre-existing photographic imagery. The most important procedures are shared: recognition, selection, framing, cropping, editing and re-presenting. Many concerns are shared too: the desire to illuminate the world and its representations; the slowing down and interrupting of our viewing habits; and the animating of the tension between the photograph as raw document and the photograph as artwork.

This common ground is far from new: as early as the 1930s documentarists such as Walker Evans were slotting anonymous press archive photos into their own image sequences, while photomonteurs like John Heartfield were integrating images they had shot themselves with found imagery in their constructions.  But it seemed to take another half century or so for the wider realization to set in.

Postcards, film stills, images from half-forgotten photographically illustrated books. These are John Stezaker’s source materials. Selecting, cutting and joining are his techniques.  Humble materials, humble means. The artist has been making collages in this way for four decades. While his oeuvre is one of the most distinctive of any living artist, there are, for those who want them, rich connections with many of the most significant moments of modern art. The avant-gardes that preceded Stezaker – Dada, Cubism and Surrealism – were responses to a world changed by the first profusion of photo-mechanically produced mass culture. The arts of second half of the twentieth century – Pop, Situationism, Conceptual art and Postmodern appropriation – deepened and extended that engagement with the wider image world. And in recent years, two themes have dominated artistic production internationally: the exploration of image archives, and the reimagining of the cinematic. There are traces of all these practices in Stezaker’s collages. Indeed it is difficult to imagine another artist with quite so many points of reference.  Nobody should be burdened with the label ‘emblematic’ but it’s hard not to see Stezaker as an exemplar what an artist can be in the world of images.

Stezaker himself is exceptionally well informed about photography and the various developments of collage since the nineteenth century (he taught in art schools for many years, reads avidly and writes occasionally). But there is nothing in his art that is dryly ‘academic’.  It is too wild, too disturbing, too original for that.  Instead, he is best seen as an artist shaped by, and even beholden to, a profound fascination with images. And a fascination with that fascination. Just about every citizen of the modern era would profess to a fascination with images, but the great collagists have always had a more a reflexive stance. Distance to balance the intimacy.  Circumspection to balance the affection.

If you really come under the spell of images, if you have felt yourself being drawn into some kind permanent exile in their midst, you will know just how compulsive, how unsettling and overwhelming even the most banal picture can be. Collage can be a means of holding on, of finding calm in the eye of that storm. Collage is a place to think and act. Pivotal here is the idea that collage involves a love of images and a desire to destroy them. The collagist does deals, letting some things go in order to get something back. Perhaps something unexpected. For Stezaker at least, collage is iconoclasm (the destruction of images) in the service of iconophilia (the love of images).

Fascination, like our unconscious, has little sense of time. Preoccupations often persist like a subterranean stream running beneath the superficial changes of our shared lives. Stezaker has talked in the past of working in a state of mind in which the ego barely seems to be directing things at all and a kind of automatism take over. Time feels as if it is suspended and apparently disparate images begin to suggest their own unlikely affinities.  No wonder his work is peppered with the voids, repetitions, doublings, mirrorings and recurring motifs that scramble common logic but suggest a deeper order.

In the last year or so Stezaker has had a number major exhibitions, some of which have been semi-retrospective in nature. It has been striking to see that pieces made in the last few months are as out of time as those made in the early 1970s. Series begun many years ago are still being added to, as if the basic obsessions cannot be put aside or brought to conclusion. Viewers find themselves checking the dates of his works. The curatorial fiction of a retrospective hinges on the idea of progress or evolution. However, it often has the unwitting effect of showing a profound resistance to the very notion of artistic ‘development’. These are often the most revealing and pleasurable exhibitions, because suddenly we are allowed to enter into that suspension of time that we are so often denied in our lives but which we all crave (the suspension of time is the prerequisite for pleasure and free thought).

An exhibition in a photography gallery, occasioned by a photography prize, offers Stezaker and his audience an opportunity to consider the relation of his art to the medium as such.  There is not space here to consider every aspect of this complex question but I would like to say something about one remarkable group of works in the present exhibition.

The most unexpectedly pure example of the photographic in Stezaker’s work is The 3rd Person Archive. It is an ongoing series of excisions from printed matter, each containing a human figure or small group. There is not even any collage here, just the re-presentation of fragments, each isolated at the centre of a large white surround.  The series was begun in 1976 but not published until 2009. In book form, all the  images came from John Hammerton’s  illustrated encyclopedia Countries of the World (1920). Hundreds of pieces of images were printed one to a page, actual size. The series has since expanded to include figures removed from picture postcards. Sometimes less than the size of a postage stamp these fragments – squares, rectangles, triangles – are pictorially indistinct but distinctly photographic. As we come forensically close we confront the dot matrix of the halftone screen of mechanical reproduction, or the gravure of finer printing. Yet the images formed by these patterns remain just discernible, just figurative. They are about as minor, as ephemeral as an image could be, right on the cusp of being and nothingness.

In fact, a passage from Jean-Paul Sartre’s book Being and Nothingness (1943) may provide a key to The 3rd Person Archive. Sartre describes being alone in a forest. In the solitude his sense of himself fluctuates between feeling at one with his surroundings and feeling like master of all he surveys. A dissolved ego and a fortified ego. He comes to a clearing and takes in the view. When he glimpses another person in the far distance  suddenly the entire symbolic order changes. The world is now governed by ethical demands and accountability, by relations of self and other. We are all familiar with tiny figures seen at a distance in landscapes or cityscapes – people who in all likelihood we shall never meet but who nevertheless populate and affect our shared space and our shared visual culture.

One of the fundamental ways photography changed the world of images was the vicarious access it gave us to strangers.  Stezaker’s ‘third persons’ are the descendents of the very first strangers to be preserved by photography.  In 1838 Louis-Jacques-Mandé Daguerre pointed his primitive camera from a fifth floor window onto the Boulevard du Temple, in the centre of Paris. There may have been many people in that street but only two figures remained still enough to register in the necessarily long exposure. A shoe-shine boy and his client, a little blurry but definitely there on the street corner. Two people coming together in a moment of economic exchange, which was also a moment of social exchange. Perhaps Daguerre paid them. No matter, it was a commonplace and inconsequential incident rendered momentous and beautiful by an act of attention and depiction.

If we sense an image is photographic, and we sense that it contains a person then we know we are in the presence of a trace of another subjectivity, another consciousness.  This is true no matter how hazy, fragmented or banal the image. With the 3rd Person Archive Stezaker stretches almost to breaking point what a photograph can be. But as we know, it is often at its limits that photography may become a source of great aesthetic and psychological intensity.

It is in the nature of images, all images, to offer us too much and too little. Images exceed meaning in ways that are unruly, even treacherous. They are also elusive, laconic and enigmatic. René Magritte called it the ‘treason of images’. This is why the image world is so bound up by the conventions of genre and the law of language  (caption, title, commentary). But in the last instance images remain anarchic. This is why they have always been a source of great attraction and great suspicion. The anxiety that the world of images might disturb or distort civil society is familiar. How often do we hear that we are ‘bombarded’ or ‘under siege’ from pictures, as if somehow they were pursuing us? And in that narcissism we may delude ourselves that it is a new problem, afflicting only us, and only now. The arrival of photography in the 1830s and its subsequent development into a mass medium certainly introduced new problems, new pleasures, new disturbances into the family of images. But these have only exacerbated the essentially unpredictable condition of the image as such. But in the right hands an image can be made to reflect upon this.