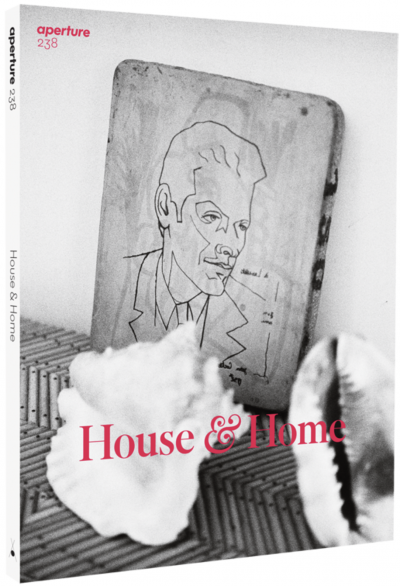 At the recent show of Garry Winogrand’s color photography from the 1950s and ’60s, presented at the Brooklyn Museum, a woman in her seventies was surprised to see her teenage self on a sidewalk with friends. There she was, frozen in her youth by Winogrand’s camera. The anonymity of the street, a subject so dear to photographers, was suddenly deeply personal. Generally, the images and photographers we admire feel a little remote. In a sense, admiration is remote, requiring distance. But we can never rule out the possibility of something suddenly closing the gap. An image can jump into our lives with quite unexpected resonance.

For a long time, Ed Panar has been a great admirer of the work of Walker Evans. He was aware that Evans had photographed in and around Pittsburgh, a place Panar has known all his life, but in 2014, he came across an Evans photograph that resonated much deeper. It was a 1935 image of dwellings in Johnstown, Panar’s hometown, a little east of Pittsburgh. Evans had been making quite a few images like this. He would find some high ground and look across a valley and fill his composition with houses. Although he liked to compress the perspective into an almost flat pattern, Evans wasn’t after abstraction. On the contrary, he brought out the subtle repetitions and differences of homes built in the same vernacular. Panar realized he could see the street where he grew up, in the working-class area of Walnut Grove, in the picture. Moreover, for the past fifteen years or so, he had been photographing the neighborhood within Evans’s frame.

Panar placed a grid over Evans’s image, and then looked to maps to help him identify different areas. He then scoured his archive for pictures taken in these same locations. He also kept photographing, adding new work to a project, titled Walking Through Walker Evans (2019), which combines his own photographs with fragments of Evans’s picture, now looking back in time and forward. In fact, it was looking back and forth in space too. Panar noticed that many of his images were taken facing toward Evans’s vantage point. So he ventured over to that high ground on the edge of town to retake Evans’s shot. The vista hadn’t changed much, although trees now obscured the view somewhat. Several houses are still standing from 1935 and the newer ones have that traditional look. Only small modern details betray the passing of many decades.

Of all the major photographers of the last century, Evans has perhaps proved the most enduring. Rather than a style, he had an idiom, and a disposition toward the world that was curious and generous. A contemporary photographer can work in Evans’s way, inhabit his disposition, without fear of imitation. By contrast, the images of Johnstown by two other well-known photographers, Lee Friedlander and Chauncey Hare, are so visually distinctive, so theirs, they open far fewer doors.

The list of image makers working in Evans’s wake is long, and photography in the United States is unimaginable without them, from Stephen Shore and Lewis Baltz, to Justine Kurland, Vanessa Winship, Bryan Schutmaat, and LaToya Ruby Frazier. Then there is a second Evans legacy, to do with revisiting. Mark Ruwedel, Bernd and Hilla Becher, Camille Fallet, and many others have photographed where Evans did, and with him very much in mind. And, as if that were not enough, there is a third legacy, the direct remaking of Evans’s actual images. From Sherrie Levine’s postmodern appropriations, to projects by Julia Curtin, Jessica Potter, and Darren Harvey Regan, artists have taken Evans’s photographs as raw material to be shaped to new ends. Panar’s Walking Through Walker Evans has the rare distinction of belonging to all three legacies: Panar photographs in Evans’s idiom, revisits his location, and remakes his original image.