'Another Kind of Life: Photography on the Margins', Prestel / Barbican Gallery, London, 2018 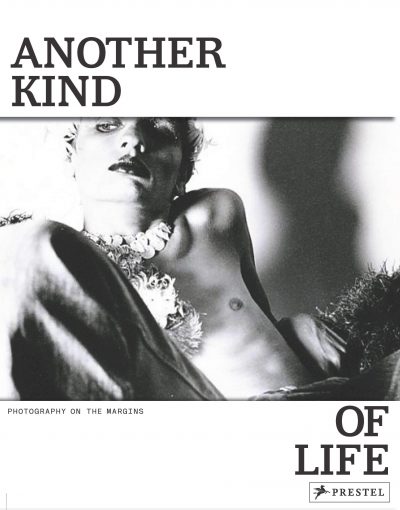 Touching on themes of gender and sexuality, countercultures, subcultures and minorities of all kinds, Another Kind of Life: Photography on the Margins features the work of 20 photographers from the 1950s to the present day.

The exhibition is accompanied by a catalogue published by Prestel and features beautifully reproduced works by all of the photographers in the exhibition. Edited by Barbican curator Alona Pardo, it includes contributions from writers David Campany, Lucy Davies, Duncan Forbes, Sophie Hackett, Max Houghton, Sean O’Hagan, Alistair O’Neill, Stanley Wolukau-Wanambwa and Francesco Zanot.

Over the last three decades, Dayanita Singh has become one of the most singular practitioners working at the rich intersection of art and documentary photography. She studied at New York’s prestigious International Center of Photography, eventually returning to India. In 1989, she was commissioned by The Times (London) to photograph the eunuchs of New Delhi. At that point, there were around one million eunuchs in India, mostly castrated boys.  Each neighbourhood of a city is assigned a group of eunuchs who, invested by the community with magical powers, bless the area in exchange for money.  Well aware that the world’s media saw India as either exotic or calamitous (or both), Singh was looking to see if she could find a place for herself in the male-dominated world of photojournalism. But she was also looking for something much more meaningful, beyond the clichés. At a household of eunuchs deep in the city, Singh was introduced to Mona Ahmed, a beautiful and charismatic person. ‘Mona’ is a female name. ‘Ahmed’ is male. Ahmed’s early years were spent as a boy. After castration, she lived as a woman, Mona, and underwent the first of three operations to change her sex. But it was too painful to continue.  Slowly, Mona Ahmed came to identify as a third sex, in a world that recognises only two.

The first meeting between Dayanita Singh and Mona Ahmed went well. Several rolls of film were shot as the two started to get to know each other. But Mona wary of the media, and had friends and relatives in England that still knew her as male. She changed her mind about the day’s photography. Singh returned the film, telling her editor it has been damaged during processing.  It was a gesture of the trust and equality that has since become the hallmark of all Singh’s photographic interactions. Mona Ahmed recognized the sincerity, and a rich friendship began to develop. Meanwhile Singh was beginning to work on what would become a major study of her own friends and relatives, as domestic patterns shifted from extended networks to nuclear families.

Mona adopted a baby daughter, Ayesha. Soon Singh was close enough to be invited to photograph at Ayesha’s grand three-day long birthday parties to which eunuchs came from all over India, and even from Pakistan and Bangladesh. Over time, however, Ayesha began to socialize more with others in the household. Despite the enormous love for Ayesha, Mona struggled with parenthood, took to drinking, and an already precarious life quickly began to unravel. Becoming an outcast among outcasts, preferring to live in a graveyard of ancestors, Mona Ahmed grew isolated. Ayesha was taken away.  But the bond with Singh continued to grow. The psychological balance shifted as Mona went from being something of a symbolic guardian for the young photographer to a more fragile, dependent, lonely and troubled soul. The friendship grew deeper still, transcending all labels of gender, class or nationality. Just two individuals with a profound bond in a difficult world. That bond lasted until Mona Ahmed died in the summer of 2017. Singh remains in contact with Ayesha.

In 2001, more than a decade into the relationship, Dayanita Singh’s photographs of Mona Ahmed became public. Myself Mona Ahmed, a ground-breaking book, was made with the pioneering publishing house, Scalo. Stylistically, the photographs appear to belong to the classical mode of 35mm, black and white, humanist observation. But in the book, they are set in counterpoint with the text of profoundly honest and frank emails sent by Mona Ahmed, via Singh, to Walter Keller, one of the founders of Scalo. Mona’s words even supply the captions for the images. So, while Dayanita Singh’s name is on the cover, below that of Mona Ahmed, it’s clear that Singh is as much a facilitator as an author here, stepping back from the images in order to allow the subject to tell their own story, in all its complexity.

The book’s hybrid weave of word and image, fact and fiction, diary and declaration belongs to the important lineage of necessary experiments that has always been present within photography. And yet, like the marginal subjects that demand untried means of expression, such books are often marginalized themselves. Today, Dayanita Singh is renowned for the originality of her many photographic publications, which always find new forms for what needs to be articulated. For Singh, this commitment really began with Myself Mona Ahmed, a book now celebrated both as a study of a friendship with a bravely unique person, and a beacon of what is possible with images and words.

For over twenty-five years, Singh remained restless, never quite reconciling herself to a final arrangement for the work made with Mona Ahmed. While the book could have emerged only from the depths of that particular bond, it is often interpreted as a study of ‘a eunuch’ or even ‘an Indian eunuch’, when what has really mattered is both more universal and more personal than this. Eventually, in 2013, Singh decided to film Mona, while keeping a relation to the fixed view of the photographic image. She explained:

‘For some time now, I had been playing with the Mona work, trying to find another form for the work, something that could be a true portrait of Mona. I always felt that […] I had never been able to do justice to her uniqueness. Finally, I found the form with the moving still image, which is a still portrait of Mona, listening to her favourite song. At first, she appears like someone who has just woken up, then she gets the song and finally she becomes the song.’

Shot as a single take, the camera never leaves Mona’s face as it moves through a lifetime of emotions. Singh’s profound attachment to Mona is palpable, and is underscored by the title of the film: Mona and Myself.