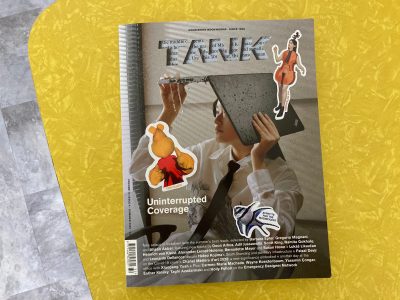 Louis Rogers: Photography is entangled with memory for many of us. How do you remember the development of your photographic interests?

David Campany: Cinema was my earliest visual education and escape. British TV in the early 1980s showed incredible seasons of movies. By the time I was 15 or 16, I’d seen a lot of the canon of greats. I used to look at books about cinema, and it was there I got fascinated with film stills, which are a kind of orphan photography. They don’t appear in books or histories of photography as such, but they are photographs, nonetheless. I never lost that interest in the relation and non-relation between photography and cinema, but I knew I didn’t really want to make films. I got a 35mm SLR camera and set up a dark room at home. I looked at books by photographers – Robert Frank. Brassaï, Helen Levitt, Walker Evans, Henri Cartier-Bresson – and I would take the train to London, always on my own, to visit the very few photography galleries. I didn’t expect the interest to last, but it has. Photographs are interesting in themselves, but they are also passports, licences to be interested in just about anything: things, people, places, politics, poetry. Nothing is alien to photography.

LR For the Biennale für aktuelle Fotografie, you’ve curated not one but six exhibitions. There are plenty of echoes and correspondences between the shows, but in general you celebrate the multiplicity and diversity of images’ “lives and loves”. Can we take this as you declining the opportunity to submit a single, grand statement?
DC Good question. Yes, you can. There are very few grand statements one can make about photography. Not that it stops many from trying, but it easily gets pompous and hollow. I’m more interested in photographs than photography. Which is to say, my appreciation and my thinking begins with this or that image, or group of images, in all their particularities. I find that images with some kind of connection or affinity with each other occupy my subconscious: new images, old images, well-known ones, obscure ones. Making an exhibition is a way of figuring how and why they resonate with each other. I don’t get an “idea” or “theme” for a show and then go looking for suitable images. I see lots of shows that I know were put together like that, and they’re rarely convincing or satisfying. For me, curating is an unpredictable process. There is no knowing when and where an image will strike us and hold our attention. It might be on a billboard, in an album, online somewhere, on a poster, on social media. Photography legitimately belongs anywhere we see it. If you see a book about a painter, you know the “real” painting is somewhere else, but if you see a photographic image in a book, on your laptop screen or on a gallery wall, it seems to belong there. It has a chameleon-like relation to context. A photograph might start life as, say, a journalistic image in a newspaper; it might then get reprinted in a book about the photographer or a book about the subject matter; it might be exhibited, collected, forgotten, rediscovered, sold, bought, reinterpreted. This isn’t unusual at all, and it tells us that photographs don’t have “meanings” in any simple way – they have the potential to mean. In other words, they have lives. Some images have had very long and complicated lives. I’ve even written the biographies of a few, tracking where and when they appeared, how they got used, and reused. So, the six shows of the Biennale come at all this from different directions. One show considers images that have become iconic, and the ways artists have responded to this phenomenon by remaking, reworking and revisiting them. Another exhibition looks at image combination; everything from the simple pairing of two images – the diptych – right through to works that combine hundreds of images in collages or montage or sequences. Six big shows, with the work of around 70 image-makers, seem like a lot, but it all came together quite quickly. When I was invited to curate the Biennale, I had these six clusters of different images in my head. It was only a matter of choosing the right venue for each cluster and coming up with layouts that might be pleasurable and stimulating. The Biennale has an amazing production team and it was great fun creating it with them.

LR My feeling is that, like you, most of us relate to photographs, particular and granular, far more than to “photography”.
DC We all know the complaint that “there are too many photographic images in the world”. In a way that’s a popular instance of thinking about photography in the abstract. But if you wanted to take away from one of those complainants a cherished photograph of their parents or children, they would soon swing into a defence of photographs in particular. I guess one cannot have photographs without photography or vice versa. But I do tend to think of “photography” not as an abstract phenomenon, but as a sum total of all photographs.

LR This interest in photographs over photography is behind your new book On Photographs. As I understand it, it’s partly a response to Susan Sontag’s On Photography – one suggested by Sontag herself.
DC I met Susan Sontag when I was a student, working in a bookshop where she was due to give a talk. She arrived far too early, so we chatted for a few hours. I was a great admirer of her writing, but really didn’t agree with what she had to say in her book On Photography. She asked me why. I took a deep breath and said that she rarely addressed herself to specific images, talking about photography in general and about photographers, but not photographs. Her shoulders dropped a little. She said she had found it difficult to write about individual images at the time, and said, “Perhaps one day you’ll write a book about a photograph or a book titled On Photographs.” Years later I did become a writer. What she had said came back into my mind, and it hasn’t really left.

LR The Biennale had to close for some weeks – although it has, happily, been reopened. During the closure, it could still be explored through virtual tours and the catalogue. These are distinctive experiences with their own quirks and suggestions; the prismatic glitching of the virtual tour reminded me of the Anastasia Samoylova images in the show, for example. You’ve curated exhibitions, photo-books and online platforms: have you lost or gained any biases toward these forms along the way?
DC I find myself thinking a lot about the specifics of mediums and platforms – what’s particular to them, even when they seem quite hybrid. A physical book experienced as a PDF; an exhibition experienced as a website; a website experienced in a gallery; a film intended for the big screen but watched on a smartphone; a feature film shot on a phone. It’s tempting to conclude that this kind of hybridity is the norm now, that visual culture is a mishmash. Against this, however, is the fact that hybridity also helps to clarify the differences. One need only think of the renaissance of the book form. There are books being made now that are as artistically innovative and technically ambitious as any in the history of bookmaking. The internet did not result in the “death of print” as many hastily predicted; it alerted us to the specific differences. If a book is going to justify itself in a visual culture dominated by the screen, it ought to be doing something screens really cannot, and doing it exceptionally well. Yes, the Biennale closed, and within a week or so there were virtual tours of all six exhibitions online. Obviously, an online tour cannot replace that special combination of walking, looking and thinking that is specific to a gallery exhibition, but it has its own qualities. The Biennale includes work made over the last century although the emphasis is on the contemporary. But even the contemporary work is made up of everything from virtual-reality presentations to collages of printed matter. No platform is neutral and perhaps, as you say, the works dealing with online images culture, such as Anastasia Samoylova’s series Landscape Sublime, take on a particular resonance. But you chose a curious example there, one that actually helps to illustrate my point. Samoylova searches online for highly conventional types of landscape imagery. Beaches. Mountains shot in black and white. Forests in mist. Clichés really. She downloads them by category, prints them out and makes elaborate sculptural collages of them in her studio. These are then photographed and exhibited as complex single images. Her method is thoroughly web-based, but also completely analogue. And her approach to this hybridity helps the viewer to contemplate the differences and overlaps.

LR How has your own image-making been affected by studying images, and vice versa?
DC I exhibit my photographs somewhere somehow every year or so, although it doesn’t burn in me to be recognised for this work. It’s just that I don’t think I could curate or write or teach or edit photo-books if I wasn’t constantly familiar with the making of images. I like to try to understand photographs from the inside, so to speak, not just as images floating miraculously through visual culture. My daily image-making appears on Instagram, but not my regular account; I have a second one, @dialogue_aandd, which, by coincidence, is a collaboration with Ana Samoylova. It’s a conversation carried out entirely in images. No words. We make and post images alternately, in response to each other. There are currently over 4,000. The account is public, but the images are not really made for the public. They are made for each other, for the “dialogue”. There’s a book of them; and eventually there will be five books, published by The Fulcrum Press. We exhibit the project, too: the heart of it is a split-screen video projection that shows all the images. Its current playing time is a little over five hours. For me at least, it’s a project that helps me to think about all the specifics and hybridity we’ve been discussing, from image-making to walls, pages and screens.

LR Keeping track of your exchange with Samoylova is rewarding; it provokes a wide-ranging, free-associative kind of thinking. Is tracing the lives of images, with all their correspondences, an analogous kind of overhearing or over-seeing?
DC Yes, I think there is something of this in my approach to curating, which often involves looking at the dialogues between an image and its various contexts. The wonderful thing about the dialogue form is that it is its own entity, somehow. It is a third thing that results from the interaction of two. So when you are listening to, or reading , or looking at dialogue, you are not being addressed directly. You are eavesdropping. ◉