A Handful of Dust 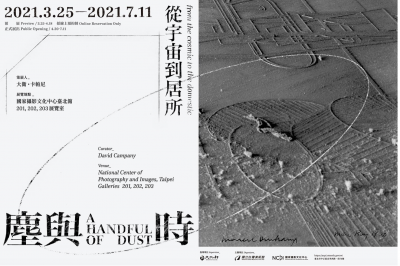 A Handful of Dust is David Campany’s speculative history of the last century, and a visual journey through some of its unlikeliest imagery. Let’s suppose the modern era begins in October of 1922. A little French avant-garde journal publishes a photograph of a sheet of glass covered in dust. The photographer is Man Ray, the glass is by Marcel Duchamp. At first they call it a view from an aeroplane. Then they call it Dust Breeding. It’s abstract, it’s realist. It’s an artwork, it’s a document. It’s revolting and compelling. The very same month, a little English journal publishes TS Eliot’s poem The Waste Land. “I will show you fear in a handful of dust.”

And what if dust is really the key to the ensuing decades? Why do we dislike it? Is it cosmic? We are stardust, after all. Is it domestic? Inevitable and unruly, dust is the enemy of the modern order, its repressed other, but it has a story to tell from the other side.

At the Whitechapel Gallery: